Byrne Bros is carrying out a £41m contract at a UK technology hub for Spanish banking giant Santander in Milton Keynes.

The firm was initially understood to be looking at the main contract work on the £150m scheme but that has gone to Sisk. 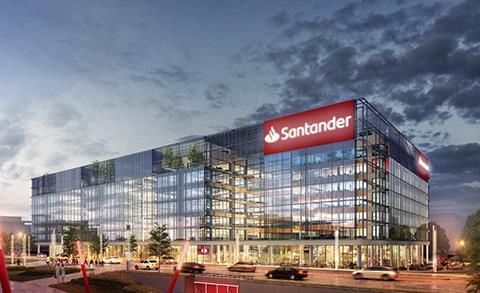 Byrne will be carrying out the piling, groundworks and concrete frame packages at the job which is being developed by Osborne + Co.

The firm’s fit-out arm Ellmer had also been expected to be working on the project but has decided against.

The scheme has been designed by LOM and received planning from the local council last summer.

The eight-storey building comprises four blocks connected by three atria. The basement will include an urban market open to both Santander staff and the public.