Concrete frame winner due at project being masterminded by John Caudwell

The first package of work on a super-prime residential scheme in Mayfair masterminded by billionaire John Caudwell is set to be awarded to Careys, Building understands.

The Audley Square development from Caudwell – best known as founder of the retailer Phones4U – will include five townhouses, three penthouses, a mews home and 21 flats. It has been drawn up by Robert AM Stern Architects, the New York architect behind 15 Central Park West, which is considered one of Manhattan’s most desirable addresses.

Executive architect Darling Associates describes the scheme on its website as rivalling “properties such as One Hyde Park for the title of the world’s most desirable living space”.

The site, which was once home to a petrol station, car park and aparthotel, was cleared by Cantillon more than a year ago.

It has since sat idle but it is understood Careys, the concrete contractor on the 22 Bishopsgate tower in the City, has beaten Keltbray and Morrisroe for the concrete frame and substructure work, with the job believed to have a price tag of around £60m.

The scheme is set to be eight storeys at its highest point and is extended by five basement levels.

According to a letter sent to local residents, posted on the scheme’s website, Byrne Bros had been lined up for the basement and concrete frame but the scheme’s director of development, Amanda James, said the work was being re-tendered to find a replacement firm.

A main contractor has yet to be named on the job, which is expected to be worth more than £300m.

It is being project managed by GVA Second London Wall with Gardiner & Theobald the QS while others working on the scheme include engineer Arup and M&E consultant Chapmanbdsp.

Caudwell sold Phones4U in 2006 for £1.24bn and was listed as having a personal fortune of £1.576bn in last year’s Sunday Times Rich List. 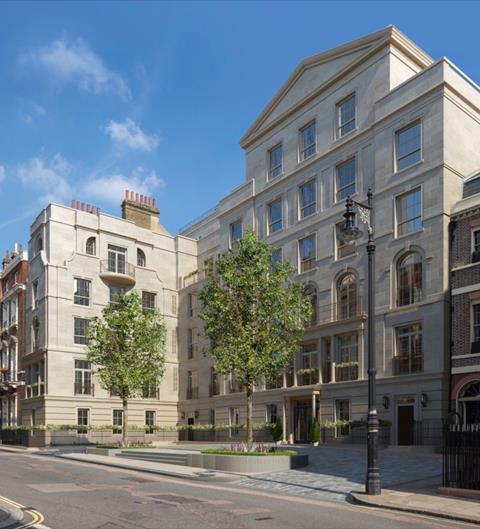 How the Audley Square scheme will look