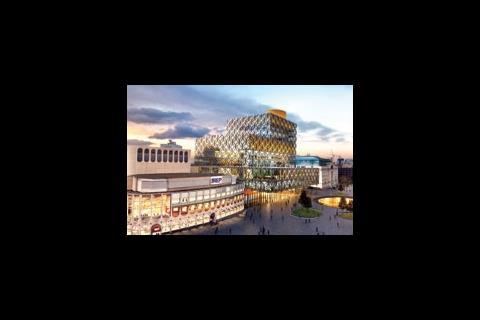 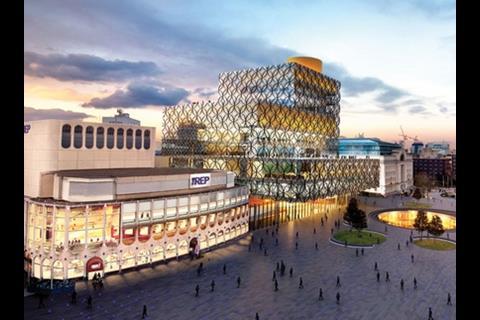 Library designed by Mecanoo is due to open in 2003

The design for the Library of Birmingham, by Dutch architect firm Mecanoo, was unveiled last spring.

The glass building wrapped in metal filigree, which is inspired by the city’s industrial history, will include study areas and exhibition space.

The city’s has undergone a seven-year struggle to build a new library. Richard Rogers was appointed in 2002 but his design was scrapped after the council raised concerns about the budget.

Then in 2007 there was a second design competition which attracted entries entries from David Adjaye, Glenn Howells and Ken Shuttleworth, but again the project went nowhere.

The scheme, being built in the city centre hub of Centenary Square, is being project managed by Capita Symonds, who will oversee the part-integration of the new library with the adjacent Birmingham Repertory Theatre.

The 31,000m2 construction is one of a number of big public-funded projects being built in the city. The library is due to open in 2013.