Taxpayers’ cash will not be used to pay up firms left out of pocket on private sector jobs, minister says 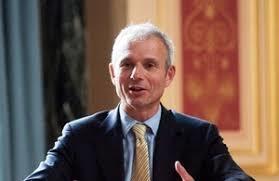 The government has told the thousands of subcontractors owed millions following Carillion’s collapse that they will not be bailed out with taxpayers’ money.

The Cabinet Office minister, David Lidington, told parliament the government would not step in and rescue those firms working on Carillion’s private sector schemes.

Yesterday, the chief executive of the Specialist Engineering Contractor’s Group, Rudi Klein, warned that up to 30,000 subcontractors and suppliers were owed up to £1bn by Carillion with some just weeks away from collapse.

But in an emergency debate on Carillion’s demise which finished yesterday evening, Lidington (pictured) told the House of Commons that firms who were owed money on Carillion’s private sector contracts stood no chance of receiving any public money.

He told MPs around 60% of Carillion’s £5bn-plus revenue was from private sector contracts. “The vast majority of the problems the company has encountered come from these contracts rather than the public sector.”

He added: “Companies in non-government contracts that are not involved in the provision of public services would become creditors of Carillion. The responsibility of the government and the use of taxpayers’ money should be first and foremost for protecting the delivery of key public services and the employees who deliver those services.”

Later in the debate, he underlined the government’s position: “It is right that taxpayers’ money is used to protect public services, not to bail out either creditors or shareholders of a private sector company that has made serious financial mistakes.”

The news is a hammer blow to hopes the government would make Carillion’s implosion a special case and help out the thousands of firms caught up in the debacle.

Klein has already warned Carillion’s demise has brought a number of firms to the brink of collapse. “[They] are only two or three progress payments away from going down. If there’s an interruption to the flow of payments it could be a matter of four to six weeks before we see some fatalities.

“In my 30 years in construction I have never witnessed anything as bad. This affects thousands of firms.”

During the same debate, the Conservative MP behind last week’s 10 minute rule bill into changing the law to tackle abuse of retentions in the construction industry said Carillion was notorious for milking the system.

Peter Aldous said: “In preparing for that Bill, it very quickly became clear that Carillion was one of the worst offenders.”

Asked whether he would bring forward the Bill in government time, Lidington said: “There is a case for the government to take a fresh look at the procurement process. However, I do not want that, in the next few days and weeks, to get in the way of our immediate responsibility to make life as easy as it can be made for employees, pensioners and others who are very worried about their futures.”

A second reading of the Aldous Bill is due in late April.