Carillion was so skint even the administrators steered clear, boss reveals

Firm went bust with just £29m in the bank 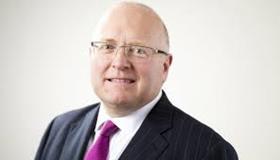 Carillion had just £29m in the bank by the time it went under on Monday.

The figure is less than 1% of the £5.2bn revenue it reported just 10 months ago at its annual results when the firm said its performance was in line with expectations.

And so cash-strapped was the business that accountants EY and PwC – which later became the liquidator – decided against becoming administrators because they were worried they weren’t going to be paid.

The details are included in a document interim chief executive Keith Cochrane, who had been due to be replaced by incoming boss Andrew Davies on Monday, has prepared as part of the insolvency process.

According to reports, attempts to sell off parts of the business failed and Carillion’s banks became more demanding – only agreeing fresh funding under tight new conditions the firm could not meet.

Cochrane (pictured) said a formal request for government support was made on New Year’s Eve.

Directors wanted the government to “guarantee” more funding for four months while Carillion continued its restructuring, and be allowed to defer tax payments. Both requests were refused, Cochrane said.

He also said the firm’s banks, especially state-owned RBS, became more demanding about what they would get in return for lending the stricken contractor more cash.

Government ministers have said private companies that run up the sort of debts Carillion ended up with will not be bailed out with public money.

On Monday, Cabinet Office minister David Lidington said: “It is – and rightly so – Carillion’s shareholders and creditors who are suffering very substantial losses as a consequence of the financial difficulties into which the company has fallen.”

And yesterday Treasury minister Liz Truss told MPs that “it would be completely wrong for a public company that got itself in this state to be bailed out by the state”.