Casino design to be retendered 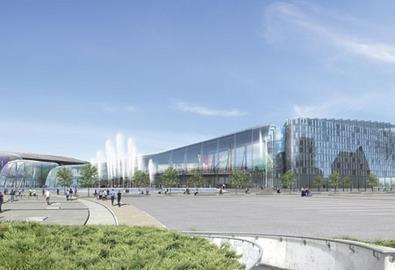 Ian Simpson, the designer of Manchester’s proposed super-casino, has voiced frustration that he will have to retender for the contract because of Gambling Commission rules.

Speaking after the announcement that Manchester’s bid had been recommended by the Casino Advisory Panel, Simpson said: “We have to work with the process. It’s frustrating, but that’s life.”

If Tessa Jowell, the culture secretary, accepts the advisory panel’s recommendation, Manchester council will have to retender for a developer and an operator.

Simpson said he expected to continue working with Ask Development and American casino operator Kerzner International, the team that the council selected for the project two-and-a-half years ago.

Stephen Crow, the chairman of the advisory panel, said his group’s decision to recommend Manchester had been swayed by the impact that a resort casino would have on the depressed

area in the east of the city around the Commonwealth Games stadium.

The recommendation was a bitter blow for Blackpool and the former Millennium Dome in Greenwich, which were widely seen as the frontrunners.

Both are understood to be considering legal challenges to the panel’s recommendation.

We have to work with the process. It’s frustrating, but that’s life

Ian Mulcahey, principal at architect Gensler, which designed the unsuccessful Blackpool bid, said: “This is bitterly disappointing for all who have worked so hard to bring regeneration to Blackpool.

This licence was considered a key part of Blackpool’s regeneration effort.”

Ken Livingstone, London mayor, said he was going to continue to lobby for the casino to be located at the Dome.

The super-casino will be allowed a minimum gambling area of 5,000m2 and up to 1,250 unlimited jackpot machines.

The panel also awarded licences to a eight local authorities to build and operate “large” casinos, with a minimum customer floor area of 1,500m2.

These will be located in Great Yarmouth, Kingston-upon-Hull, Leeds, Middlesbrough, Milton Keynes, Newham, Solihull and Southampton.