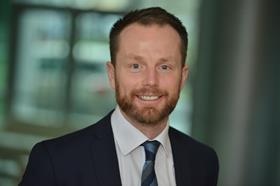 Chinese developer and contractor BCEGI Construction (UK) Ltd has announced its operations director Gavin Taylor is to leave the business at the end of the year.

He is to be replaced by company director Dongwen Yu, who joined BCEG International Co Ltd in 2009.

An announcement is to be made shortly as to Taylor’s next job.

Taylor said: “I have immensely enjoyed the past three years working with the company. It has been a privilege to work with the team and I am sure BCEGI will continue its expansion and success here.”