CIOB calls for focus on energy use in existing stock 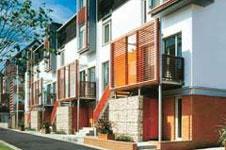 The Chartered Institute of Building is calling for the government to place more emphasis on reducing energy consumption of existing stock. In response to the 'Definition of Zero-carbon and Non-domestic Buildings' consultation the CIOB said. “We feel the outcome of this consultation will influence new build homes and non-domestic buildings but only briefly touches on the bigger problem of energy efficiency of the existing building stock”.

It claims more than 80% of the 2025 building stock has already been built and improving the performance of the existing building stock is the most important and potentially effective area where carbon emissions can be significantly reduced.

The CIOB has also said it is disappointed that the consultation does not consider the issue of embodied energy of buildings and believes the government should be taking a lead in developing national standard to address this.

In its submission to the consultation the CIOB has also called for a single resource containing all the relevant policies and guidance needed for delivering low energy buildings, which can be reviewed and updated when necessary.