The City of London Corporation has elected Alastair Moss as its new chair of the planning and transportation committee. 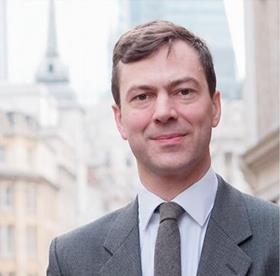 Previously deputy chair, Moss (pictured), who is a lawyer by trade, will be responsible for all planning issues affecting the Square Mile.

He is replacing Chris Hayward, who has served his full three-year term, with immediate effect.

His role will also cover the City Corporation’s responsibility as a highway authority.

Moss has spent six years as an elected member at the City Corporation, and has served as deputy chair of the investment committee, and chair of the property investment board.

He is co-head of real estate at City law firm Memery Crystal LLP and a non-executive director of Civitas Social Housing.

He previously served 12 years as an elected member of Westminster city council, including a significant stint as chairman of the planning and city development committee.