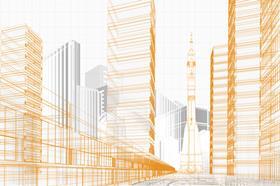 A lack of demand from clients is standing in the way of the industry-wide adoption of Building Information Modelling (BIM), a survey by RICS has found.

The RICS BIM survey revealed that 46% of respondents claimed minimal client demand for BIM was impeding its use on projects.

The survey also found that while 100% of respondents, from a broad spectrum of built environment disciplines, reported that they are now using or actively considering adopting BIM, 49% have not actually implemented a BIM strategy.

A current absence of standards, and insufficient IT and technology systems were also blamed by 17% and 15% of respondents respectively as further barriers restricting uptake.

The survey also revealed that while 75% of those surveyed have had some form of engagement with BIM, less than half of respondents have actually worked on a project where BIM was used in the past 12 months.

However, 50% are already investing in BIM training.

Other results from the survey revealed:

Alan Muse, director of built environment professional groups at RICS, said: “As an industry, we should be encouraged by the growing traction that BIM is gaining as the route forward for the built environment, but also be prepared to embrace our responsibilities in overcoming identified barriers and issues.

“It is particularly important that we look to address the cultural shift identified by almost a quarter of respondents as being fundamental to creating a BIM future.

“Education will be critical to initiating the cyclical change needed here - leading to increased practical implementation of BIM, greater recognition of the benefits it can bring, and ultimately heightened demand for its usage.

“These results send a clear message to RICS, government and other industry bodies that collaborative action is required to support the industry in its adoption of BIM.

To view the full the results of the survey see here.