Carl Fergusson has been with the specialist contractor for three decades 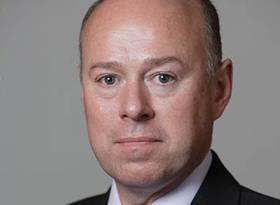 Colas Ltd has appointed a new chief executive of its UK business.

The road and airport specialist contractor, which is owned by Bouygues, has announced that current executive director Carl Fergusson (pictured) will become its new chief executive.

Outgoing chief executive of Lee Rushbrook will step down on 3 September after seven years at the helm to take on a new executive role within the Colas Group in the US.

Fergusson, who has spent 30 years with Colas, has been appointed chief executive designate from today to allow both him and Rushbrook to work closely on a smooth transition.

He also recently spearheaded an 18-month strategic review of the company which aims to reposition Colas in the marketplace.

Rushbrooke has spent 32 years with Colas in the UK. He started as trainee before working his way up to chief executive.