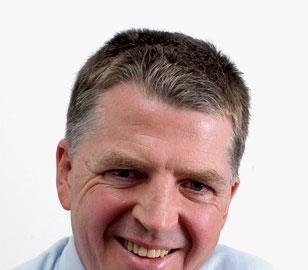 The chief executive of social housing contractor Connaught has said the group plans to branch out into new markets.

Speaking after the firm announced strong results in the six months to 29 February 2008, Mark Davies (pictured) said it had looked at moving into defence and university accommodation.

He said: “Military accommodation would be a natural fit. Student halls are another area we are looking at, although it’s a smaller market."

He also did not rule out a move into education. “If a local authority asked us to tender for school maintenance contracts we’d look at it.”

In the half-year Connaught increased pre-tax profit by 60% from £8.1m to £13m, driven by “strong organic growth and earnings enhancing acquisitions”.

Turnover grew 55% from £165m to £256m. Davies said the group had not noticed the credit crunch. “We are fortunate in that we’re in maintenance, which will still be an important part of the government’s housing agenda.”

He denied that the company had received approaches from private equity groups, despite recent activity in the sector. “There’s been a lot of interest but we’re unlikely to be a target because our price/earnings ratio is too high.”

The ratio is used to measure a company’s value; Connaught’s is 16. One observer said: “That would need to come down to single digits. Connaught is a darling in the City and would want a 30% premium on top.”