Construction activity increased at its fastest pace in nearly five years last month with the market continuing to rebound from historic lows at the start of lockdown.

According to the latest CIPS/IHS Markit update, the recovering housebuilding sector drove the strongest increase in output since October 2015. 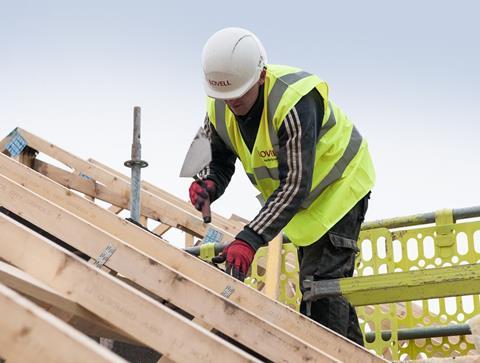 New orders also picked up for the second month running, with survey respondents commenting on a boost to sales from easing lockdown measures and the restart of work on site.

The headline seasonally adjusted IHS Markit/CIPS UK construction total activity index jumped to 58.1 in July, from 55.3 the month before. Any figure above 50 signals an expansion in activity.

But the speed of recovery was insufficient to prevent additional cuts to employment numbers across the construction sector and the rate of job shedding last month was faster than it had been in June.

But he warned: “New work was still relatively thin on the ground, especially outside of residential work, with order book growth much weaker than the rebound in construction output volumes.

“Concerns about the pipeline of new work across the construction sector and intense pressure on margins go a long way to explain the sharp and accelerated fall in employment numbers reported during July.”

And Scape chief executive Mark Robinson said the industry must not be complacent about recovery.

He added: “These latest figures mask the point that the long-term picture will remain unclear until the pre-covid cycle of projects come to completion and we see how many spades go in the ground on new developments.”

Residential building was the best-performing area of construction activity in July. Housebuilding activity increased by the greatest extent since September 2014.

Commercial work and civil engineering activity both expanded at slightly quicker rates than in June, with the growth attributed to the catch-up of work that had been delayed during the height of the covid-19 pandemic.

While July data indicated the fastest rise in new orders since February, there were reports that clients remained apprehensive about committing to new projects, resulting in increased competition to secure sales and a resultant squeeze on margins.