Ingleton Wood, WSP and Lovell are amongst the firm’s announcing appointments. Plus, a correction 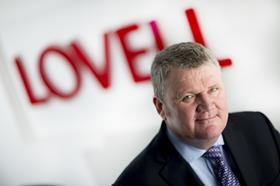 The Design Council has appointed Clare Devine as director of architecture and the built environment to oversee the work of its Cabe division.

WSP has appointed Robert Gaylor as associate director for permanent way design in the firm’s rail team. WSP has also appointed Rachel Bird as associate in its water team.

Miller has appointed Stephen Scard as regional managing director for the South-east.

In Tony Bingham’s column last week “Wrap them up in cotton wool”, (17 May, p44) he referred to one of the parties named in a dispute as Armour Contracts Limited. The party was actually named Maurice Armour (Contracts) Ltd. We apologise for any confusion this may have caused.