ISG, Gleeds and LDA Design are among those announcing appointments and promotions this week 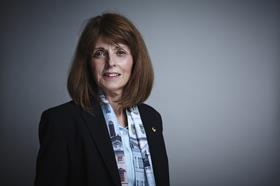 ISG has appointed Jacquelyn Fox (pictured) as head of sustainability for its UK construction business.

Kier has appointed Mike Sewell as head of energy.

Keepmoat has appointed Jason Seymour as new build director in its southern region.

Gleeds has appointed Rex Littlewood as director of project management in the Midlands.

EC Harris has appointed Simon Bimpson as head of utilities.