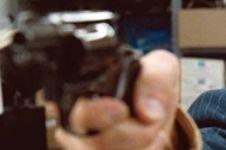 As the credit crunch squeezes the construction industry worldwide, some are resorting to desperate means to shore-up cash-flow. Still, news that a cash-strapped construction entrepreneur kidnapped his bank manager at gun point in Spain to pressure him for a loan, appears to be one the more extreme stories. The construction boss wanted a €50,000 loan and demanded that the bank manager sign over his car to him. He had previously been refused a loan owing to a lack of guarantees.

The construction entrepreneur, a Belgian national living in Marbella, approached his bank manager in a car park with a pistol, according to newspaper El Pais. He is said to have pointed the gun at the man and warned that hired killers would hurt his family unless the manager arranged the loan and gave him his car. The bank manager asked to make a phone call and then used coded language to alert a colleague to what was happening. The police then arrived and arrested kidnapper.