Construction drops out of top 10 jobs for young people

The sector has slumped to 12th position on the list of top jobs for people aged 22 to 29, according to ONS data 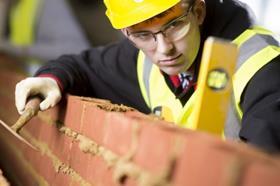 Construction has disappeared from the list of top 10 occupations for young people, according to new data from the Office for National Statistics.

The ONS reported that in 2011 construction ranked seventh on the list of top 10 jobs for young people aged between 22 and 29.

And while the industry is desperate to find new young talent overall employee numbers in the sector have risen in recent times, with ONS data showing the largest increase in staff between 2016 and 2017 up 77,700, or 5.6%.

“If Brexit shuts off the tap of skilled European workers on which UK construction relies, there’s a real danger we could reach a point where the industry can no longer deliver everything that is asked of it.

“It’s vital that the construction industry pulls together to shrug off the negative stereotypes that make it harder to attract young blood,” he said.

And Steve McSorley, the director of civil and structural engineering specialist Thomasons, said the industry needed to have better PR: “Most experience kids have of construction sites is through ongoing projects. They see the muck and the mud while all the activities and huge numbers of people that enable that project to happen are invisible. They see construction through a very narrow window. The construction industry needs to stand up and demonstrate what it’s really about through schools and inspire students from an early age.”

While many youngsters aspire to becoming actors, work in the media or see a career as health professionals, the ONS reported the job category in which most ended up working in 2017 was as a sales assistant or a retail cashier, the same as had been the case in 2011.