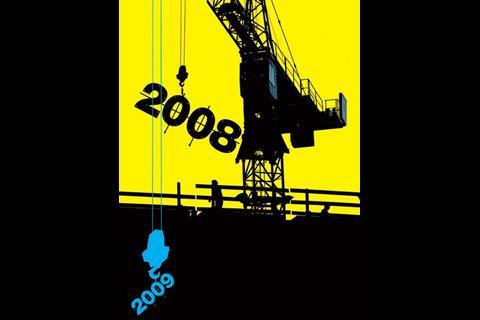 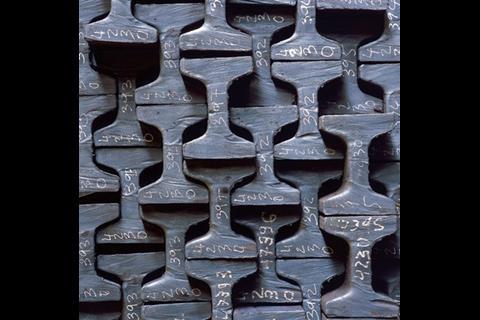 After a fat few years, falling order books, rising materials prices, a skills shortage and volatility on world markets are a recipe for a perfect construction storm. Katie Puckett reports

It is a contradictory time in the construction industry. On the one hand, firms are as busy as they have been for the last few years, working on big public and private sector projects and facing a constant struggle to recruit enough people.

But on the other, the credit crunch and resultant mortgage crisis has decimated the housebuilding sector and is casting an ominous shadow over order books in commercial property, too. The storm clouds are amassing on the horizon and no one is quite certain how worried to be.

‘If there’s such a thing as a boom phase and a bust phase, there’s a transition,’ says James Clark, partner in the commercial offices division at contractor Davis Langdon. ‘We’re entering that uncertain bit where no one is able to predict what’s going to happen with any certainty.’

Paul Drechsler, chief executive of Wates, agrees. ‘For UK construction as a whole, overall demand remains pretty strong. I would be “glass half-full”, rather than “half-empty”. Uncertainty is a better reflection of how the world is at the moment rather than negative or impossible.’

The bullishness with which the construction industry first approached the credit crunch is certainly beginning to dissipate. Towards the end of last year, many confidently predicted a slight blip before a return to the breakneck pace of construction and dismissed prospects of a recession.

But in the last couple of months, as the crisis shows no sign of abating, those same sages will privately confess to feeling more than a little uneasy at the gaps in their order books. Some compare the current market to the post-dot.com crash of the early 2000s. Others are even looking back to the deep recession of the early 1990s.

Estimates of when the storm will break vary from mid-2009 to early 2010. There is enough work to keep people busy throughout 2008 and the early part of next year, but with little new commercial work coming through now and daily scare stories about the state of the City office market, alarm bells are sounding for the future.

The Construction Products Association reports that contractors received only £325m of new orders in February – half of the level of new work taken last November and two-thirds less than last May.

All of this is good news for developers who may have struggled in recent years to find contractors to take on their projects. With development in every sector on overdrive in recent years, contractors have been able to pick and choose the most attractive projects.

In 2007, the Birmingham Development Company was driven to set up its own contracting firm to build the £75m sequel to the prestigious Mailbox scheme, and even the Olympic Delivery Authority was struggling to interest builders in venues for the 2012 games. But with fewer opportunities, the tide is turning.

‘We can’t hide from the fact that it is getting tighter out there. There are not so many new opportunities in the City,’ says Tim Mote, business development director at ISG Interior Exterior.

‘I’d say people aren’t being so choosy – they can’t afford to be. People are keen to have a crack at most things now. We’re bidding more than we were last year because we’ve got a big, hungry team of people, jobs coming to an end and we want to keep them busy. It costs us a fortune to have them sitting in the office doing nothing.’

Stuck in the middle

This is particularly applicable to the mid-tier contractors that focus on projects under £20m. There are more famous Belgians than contractors that can handle the largest £50m-plus projects, but the lower end of the market is becoming more crowded by the day with smaller firms that were fed by the glut of projects in the boom time and graduated to larger jobs.

‘When you drop down to the sub-£20m level, second- and third-tier contractors, there’s a much wider band of contractors who’ve got the capability, funding and resources. It’s incredibly competitive at the moment,’ says Gavin Murgatroyd, partner at Gardiner & Theobald.

The chances of finding a specialist contractor are also much improved, he adds. ‘Twelve months ago we were told all the tier one cladding contractors had full order books for two years. Now they’ve got openings because big developments have been put on hold.’

There are also signs that contractors are cutting their margins to keep competitive – which is more good news for developers. Gardiner & Theobald’s latest tender price indicator hazards an average overall inflation of 5% – no change from the last quarter – adding the caveat ‘with sentiment changing daily, it is difficult to get an accurate view for forecasting’.

But Murgatroyd believes that it is only the continuing volatility of materials, labour and fuel costs that are keeping tender inflation on an even keel. ‘If we hadn’t had input-cost rises and cost-of-living rises, I would have suspected that we would have dropped the tender price forecast.

‘Pricing is going to sharpen up. Twelve months ago, we were seeing margins over 5% – now they’re under 5%. If developers want to build now, they’re going to get a good buy.’

Murgatroyd cautions, though, that materials prices show no signs of becoming any less volatile. Contractors that try to be more amenable to client demands will find themselves between a rock and hard place, as materials prices continue to rise and fall on the eddies of global demand. The extraordinary building booms of China, Dubai and India show no signs of abating, and construction’s raw materials are also increasingly subject to the whims of the global commodities trade.

‘It’s just crazy,’ marvels Rob Johnson, chief executive of specialist builder John Doyle Group. ‘Things like reinforcement can vary by £75 to £125 per tonne depending on what day of the week or even hour of the day it is.’

‘Inflation in the construction industry is running at two or three times that of the overall economy,’ says Michael Ankers, chief executive of the Construction Products Association. ‘Suppliers are doing all they can to reduce the energy they use and become more efficient but, when prices go up as fast as they have, there’s a limit to what you can do if you’re making glass or cement.’

With such turbulence in world markets, developers will still struggle to persuade contractors to shoulder all the risk with a fixed-price contract.

At Wates, Paul Drechsler, is adamant. ‘We will remain very focused on delivering value for customers on time on budget every time – but we want to work with long-term relationships with a fair balance of risk and reward for all parties.’ Wates, he adds, works across six or seven business areas, so is not so exposed to the vagaries of the commercial market. Neither will Bovis Lend Lease – one of the two biggest contractors with Sir Robert McAlpine – be more amenable to nailing down costs up front.

‘I don’t envisage most of the major contractors in the UK either wanting to or having to change their strategies,’ says John Spanswick, group chairman. ‘We will still be required to provide top people for top clients. There’s still so much to be done in the UK and not enough people to do it.’

As both Spanswick and Drechlser point out, there is still much work for construction firms overall. Despite the gloomy picture from the commercial development market, there is still plenty of construction work forecast well into the next decade on the government’s schools and health programmes, a £2.3bn prison-building plan, infrastructure projects such as the £16bn Crossrail and, of course, the Olympics and all the spin-off development it will generate in east London.

Likewise, Ankers points out that even the steepest predicted drops in the market are coming after ten or 15 years of uninterrupted growth: ‘It’s not as if it’s falling off a cliff.’

Most contractors already have a diversified business and this will become more pronounced.

‘The offices sector is dead in the water. There are not many new instructions coming through at all and, apart from towers waiting for the button to be pressed, there aren’t many big sites. It’s going to be a lot more difficult for anybody focused purely on offices,’ says Murgatroyd.

‘A lot of contractors have switched their commercial offices teams into education or further education, which is workspace similar to offices.’

One of the biggest chunks of construction work is the government’s £45bn Building Schools for the Future programme. Projects have proceeded slowly but steadily, but if the government goes full steam ahead on its promise to refurbish or replace every school in England, that would probably be enough to keep contractors as busy as they have become accustomed to – not least because its procurement and administration processes are still so onerous.

With contractors filling up their order books with work from outside the offices sector, developers may still struggle to secure their services – particularly if they do not look like a certain bet themselves.

Murgatroyd says contractors are keeping a close on the stability of prospective clients.

‘We’ve got a client at the moment who no one’s ever heard of, and they’re having difficulty finding a contractor,’ he says. ‘Anyone who’s reliant on debt finance or offshore special purpose vehicles will struggle. Contractors are going to be demanding guarantees, escrow accounts, retention bonds and upfront payment to a certain extent.’

At ISG Interior Exterior, Tim Mote backs this up: ‘We’ve trying to work for people who’ve got their own funds.’

As does Drechlser: ‘We’re going for clients where we have long-term relationships, and it’s not what we’re doing this month or next month, but what we’re doing over one or two years. They’re unlikely to have severe debt finance problems.’

Contractors’ willingness to take on jobs is irrelevant, though, if they cannot find workers to fulfil them. Construction Skills – the body responsible for training in the industry – estimates that it needs 88,000 new entrants annually – a target it is nowhere near meeting.

Migrant workers from Poland have in recent years filled the gaps but, with rising wages and a booming economy in their homeland, contractors are noticing the pool of talent is shrinking. Workers from the most recent European Union accession states of Romania and Bulgaria may fill the Poles’ shoes but their skills levels are not as high.

At the other end of the scale, there is still a shortage of qualified consultants who can run projects, after the recruitment dip of the 1990s recession. ‘There’s a huge imbalance in termsof supply and demand in individual skills from operatives to project managers,’ says Spanswick.

‘That hole is so big, I don’t think we’ll ever fill it because of the ageing population and the skills gap. There are still more major projects out there than we have the people to do.’

Spanswick believes we are simply going to have to find ways of building projects without using so many workers.

With so many conflicting themes running through the market, it is any developer’s guess how to play it. Everyone has their favourite market indicators, from cranes on the skyline to rising hem lines on the catwalks.

‘There has been a slight but noticeable shift in the power balance back to clients. My measures of a toughening market are that existing suppliers remember me again and arrange lunch, and we get good-quality CVs landing on the doormat.

Good news, or not?

Contractors are returning your calls again

BUT they are refocusing their businesses on public sector work

BUT materials prices continue to grow

BUT they are still picky about taking on one-off clients

BUT will they be able to get enough workers to do the job?