The construction industry “cannot be trusted to regulate itself” after the disastrous refurbishment of Grenfell Tower, the inquiry into the 2017 fire has been told.

The inquiry was hearing closing statements about the tower’s refurbishment as module 3 of phase 2 of the inquiry draws to a close. 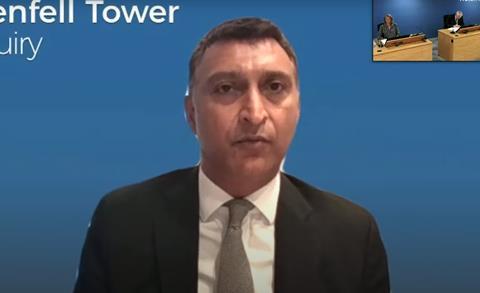 Stephanie Barwise QC, representing some of the bereaved, said the fire which claimed 72 lives “demonstrates the existence of a culture of non-compliance within certain sectors of the construction industry”.

She added: “Put bluntly, there is a kind of recklessness, as to whether or not compliance is achieved.”

Barwise said certification body the British Board of Agrement, which was unaware that cladding panels manufactured by Arconic failed to meet required fire safety standards until 2018, was a “hopelessly weak institution”.

She said the body was “too willing to please commercial clients at the expense of ensuring appropriate safety standards”.

Studio E, which also gave a closing statement, has since gone into administration.

Prashant Popat QC, representing the practice, said the firm should not be judged in hindsight because it had relied on the advice of experts and had not “departed from the norm”.

He said: “The former Studio E employees are devastated that in spite of this, in spite of the way it carried out its duties, such a horrendous tragedy could happen”.