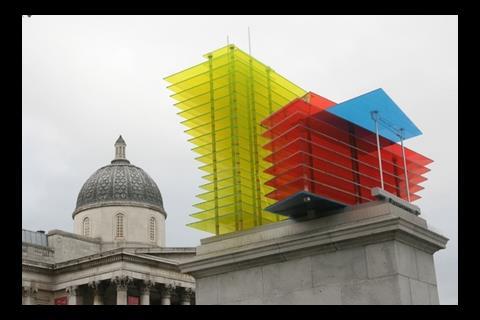 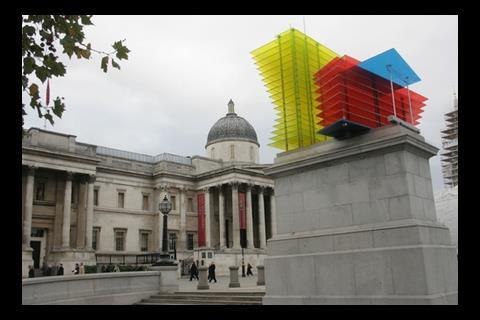 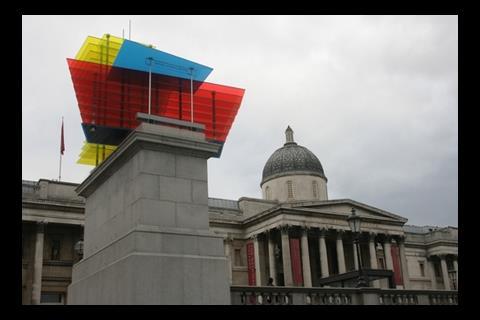 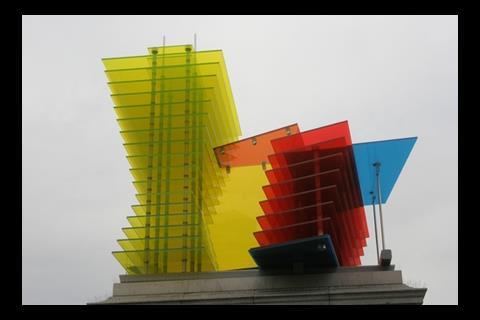 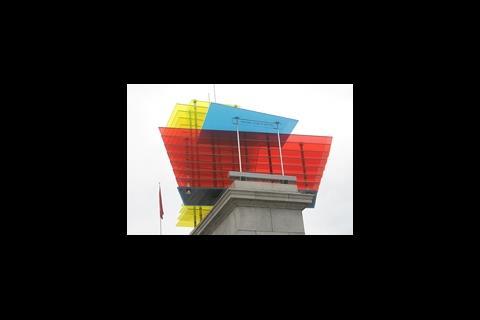 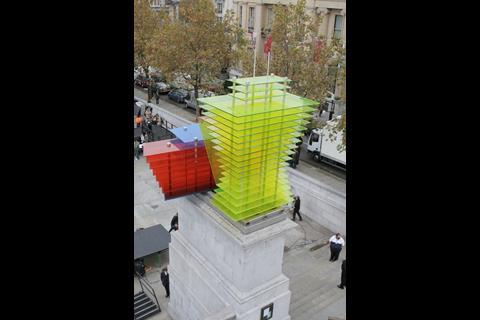 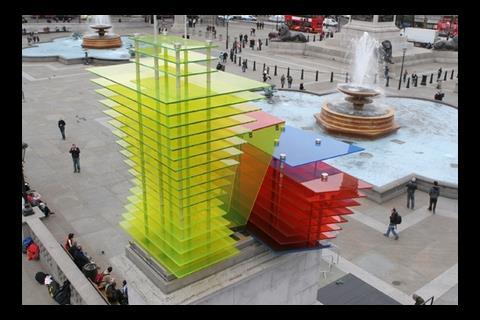 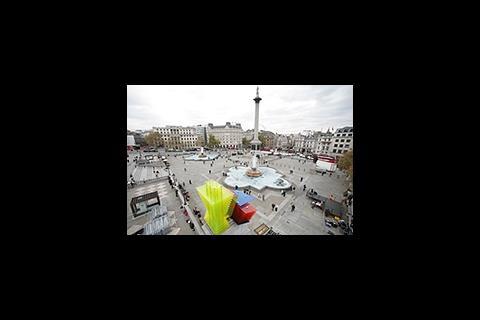 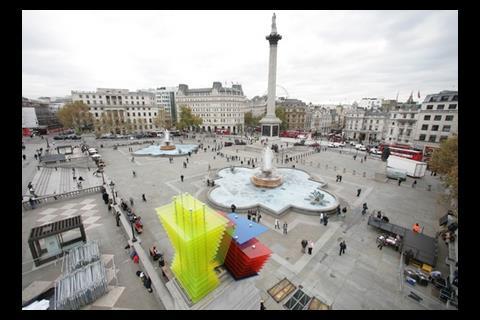 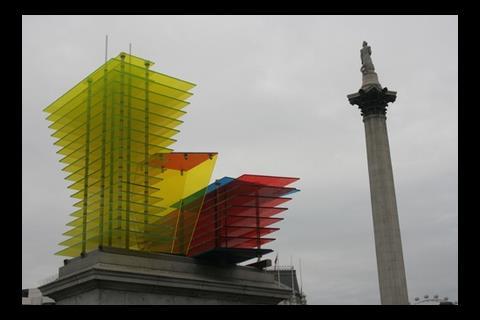 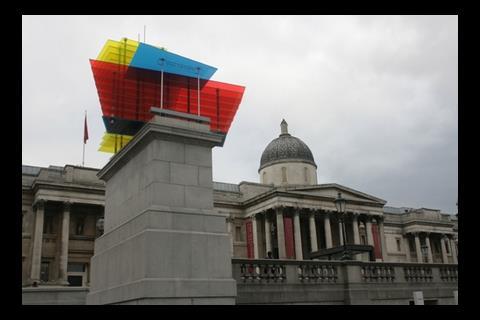 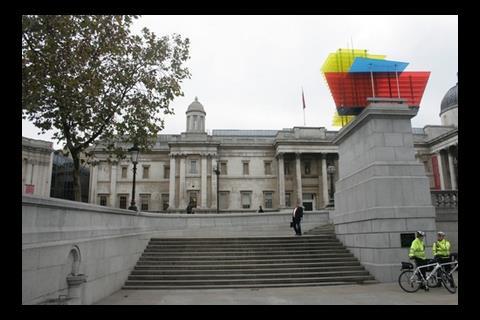 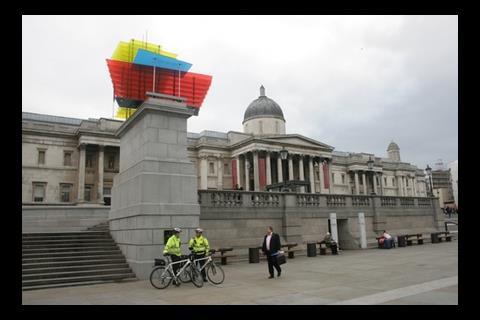 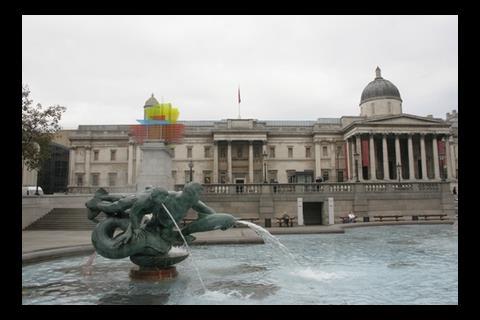 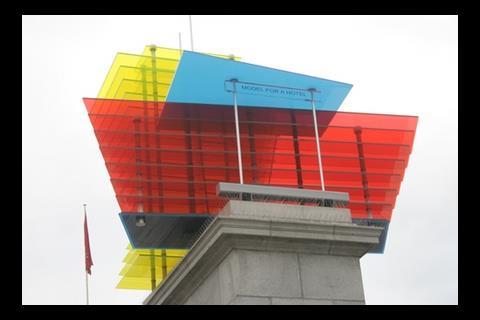 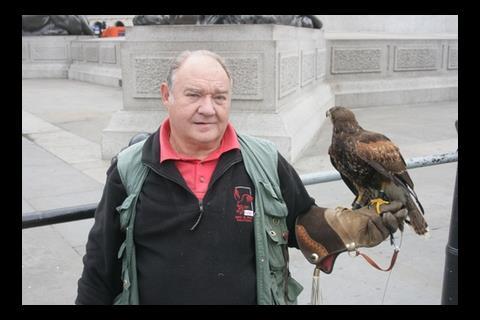 The sculpture of pregnant artist Alison Lapper has concluded its residency on Trafalgar Square's fourth plinth, and has been replaced by an infinitely more colourful work, Thomas Schutte's Model For A Hotel.

The vibrant glass structure was unveiled yesterday, having been chosen for its contrast with the rest of the plinth's location.

The working title for the Schutte piece was Hotel For The Birds. Made from high-resistance glass containing a thin film of coloured plastic, the scuplture is, as the final name suggests, a scale model of a 21-storey hotel, and weighs in at eight tonnes.

Its arrival was delayed by seven months, and came in at a final cost of £270,000 - busting its own budget due to research on weatherproofing the glass against London's climate.

Like its predecessor, Model For A Hotel will require the special attention of the Trafalgar Square falcons, and even with the pidgeon deterrents will require regular special cleaning.

This is the fifth piece to be placed on the plinth, which despite being built in 1841 (after which it remained empty due to a funding shortage), has only featured art upon it since 1998.