Construction on Heatherwick pavilion kicks off 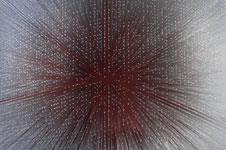 £13m British pavilion for Shanghai Expo will be decked in 60,000 acrylic rods that will sway in the wind to 'respond to nature'

Construction has started on Thomas Heatherwick’s shimmering British pavilion for the Shanghai Expo 2010.

Project manager Mace has already begun steel and foundations work on the £13m building, which will eventually be decked in 60,000 acrylic rods designed to sway in the wind.

At a briefing in London this morning, Heatherwick said he wanted to create something that “doesn’t seem like a building”.

He said: “Texture is something that we as a studio have been exploring in our building projects, and the intention was to make something that is architecturally quite soft.”

The rods on the six-storey building are intended to sway in the wind like ears in a cornfield, a movement that Heatherwick said allowed it to “respond to nature”.

Each rod is 7.5m long and attached to a plywood and glulam “box” at the centre of the project, which makes up the interior of the building. The ends of the rods create a sculpted interior inside the “box”.

The Foreign and Commonwealth Office has also entered into a partnership with Kew Gardens, which has provided seeds to be exhibited inside the pavilion.

Each of the acrylic rods has a single seed frozen in perspex at the end of the rod inside the pavilion. Visitors will be able to observe the seeds, drawn from Kew’s Millennium Seed Bank project to collect wild plant seeds from around the world.

In order to represent British excellence in industry, the building is being constructed by British companies, with the FCO as their client. Mace is acting as project manager, Adams Kara Taylor as structural engineer, and Atelier Ten as environmental and building services engineers.

The building ran into trouble during the design stage, with consultants on the project concerned at the high-risk element in the complex design.

But Heatherwick said any issues, such as what material should be used to create the rods, had been comprehensively ironed out.

He told Building: “We looked at various different materials through the design stage, but that’s what happens. Every project goes through changes. The client buys an idea, not a finished project. It is challenging, but in my opinion the bigger risk would be not to do anything creative or difficult. It wouldn’t be British.”