Edmond Shipway has been appointed to carry out project management, cost consultancy and M&E engineering consultancy services on a planned expansion of Center Parcs’ first resort in Ireland.

The holiday firm opened the village at Longford Forest two years ago with the €233m (£199m) scheme built by Sisk and unveiled by then Irish Taoiseach Leo Varadkar. Shipway worked on the original scheme as project and cost manager. 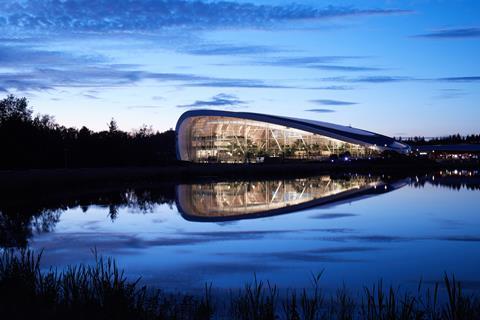 The resort was built by Sisk and opened two years ago

It also wants to extend existing facilities, including leisure facilities, restaurants, and cafes, back of house facilities and its swimming and spa area.

Center Parcs is expected to submit a planning application for the work by the end of this year.

Since it opened in July 2019, the Longford Forest resort, which is near Ballymahon, has had an average occupancy rate of 90% during peak periods.

Construction work on the new scheme is likely to start in 2023.