Clients handed out nearly £6.4bn worth of work in August, according to the latest data from Glenigan.

The data (see below) has revealed that the most work was awarded in the civil infrastructure sector, with firms in this section of the industry handed deals worth just over £1.76bn – or around 28% of all work awarded in the month. 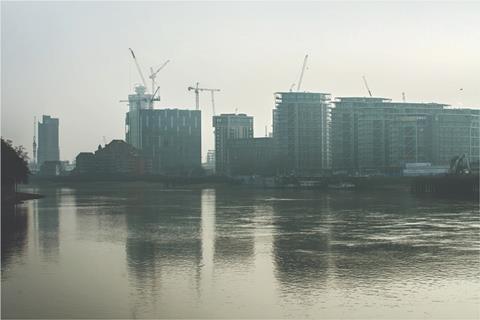 The top client in this sector was the Department for Transport (DfT), which awarded eight contracts worth a combined £1.46bn.

The next most prolific sector was industrial, which topped the table in July. Clients in this sector awarded firms £1.71bn of work.

The £1.2bn contract handed to NG Bailey to build a lithium ion battery factory in Barry, south Wales, which was the most valuable job awarded across sectors, accounted for 70% of this.

Pininfarina is responsible for the design of the new facility, while Rolton Group will be doing the engineering design and architecture project management will be handled by Ridge and Partners.

The DfT was the top-spending client across all sectors, while AMTE Power and Britishvolt, the clients behind the £1.2bn battery factory, were the next biggest spenders.

AMTE Power and Britishvolt have assigned NG Bailey as the principal contractor on the £1.2bn project to deliver a lithium ion battery factory in Barry, south Wales. Construction of the solar park and gigaplant will take place over three phases with the first phase anticipated to open in 2023.

JRL Group has won the contract for the enabling package associated with the Nine Elms project in Vauxhall, south London. The overall project is expected to be completed by 2024.

A&E Elkins has been given a £300m contract by the London Borough of Greenwich to deliver modular residential units across London. The project is expected to last for five years with the first phase delivering 750 affordable homes.

Kier has been awarded the £160m maintenance and response contract for roads and motorways that fall within the South-east region (also known as area 4). The works are due to commence this November and the contract will last for eight years.

Thames Water has appointed Laing O’Rourke to construct and operate the “Activated Sludge Plant 4” in Beckton. The £123m contract is to last three years and works are expected to start in early 2021.

Meanwhile, the data has revealed that £5.7bn worth of projects were approved in August down from July.

Respondents to the latest IHS Markit/CIPS survey said a lack of new work to replace completed contracts had acted as a brake on the speed of expansion.

The private housing sector was the market with the most approvals, securing permission for 339 schemes worth nearly £2.2bn.

In private housing, Bellway secured approval for the greatest number of schemes, seven, followed by Persimmon, Taylor Wimpey, Vistry and Barratt who were each approved to push ahead with four projects. This does not include projects that are being developed in joint venture.

The tables below show contract awards by sector for August put together by Glenigan. They are just a small part of the client information that is accessible through the Building Boardroom Network.

The Building Boardroom Network is an easy to use portal where you will be able to access a wide range of vital business insight including research and tools to help bring your construction clients to life. Find out more at: boardroom.building.co.uk