Contractors including Gilbert-Ash, Tide Construction and south Wales firm Carter Lauren have been told to ready themselves after Premier Inn owner Whitbread said it was resuming work on 35 schemes shut by the covid-19 pandemic.

The firm said jobs that will be back up and running include a scheme in Shoreditch and another close to Southwark Tube station both of which are being built by Gilbert-Ash. 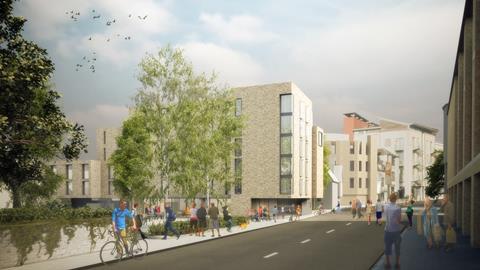 Also reopening is a job in Finsbury Park being built by Tide Construction and a scheme in Oxford (pictured) Carter Lauren is building.

A spokesperson said Interserve’s problem job at Berwick Street in Soho was also among those set to restart, adding that it was “very nearly finished”. The job, originally due to have finished in October 2018, has bust a series of deadlines.

Four sites in Scotland are also preparing to reopen later this month once the Scottish government gives the nod that work can safely restart.