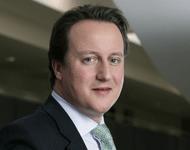 Conservative party plans to bring in independent safety audits have come under fire from safety directors at two major contractors.

Under proposals unveiled at the party conference in October, firms would be able to arrange their own inspections, which would be carried out internally but audited externally. Thereafter they would be able to “refuse entry to official inspectors”.

He said: “The management team already has its hands full. We could see increasing numbers of people brought on site to give directors assurance that health and safety bases were covered.”

Fisher said at least three extra staff would be needed, and their wage bill could add up to £150,000 a year.

He added that more resources, not fewer, should be put into the HSE. He said: “I believe in having an external influence. It keeps people on their toes.”

He added that colleagues from the former Major Contractors Group had expressed similar concerns. Shaun Davis, safety, health, environment and quality director for Rok, said: “The system could be open to abuse. Anything that could lead to a watering-down of safety standards is very dangerous.”

John Penrose, the shadow business minister behind the scheme, said: “It will be entirely voluntary. If companies feel they can’t benefit from the new system, they’ll be entitled to stick to the status quo if they want.”