Major public projects, NHS capital works and airfields to be procured through deal

Contractors have been put on notice for a £30bn government framework for major construction projects.

The four-year framework for the Crown Commercial Service is intended to be used for all construction works needed by central government departments over £80m. 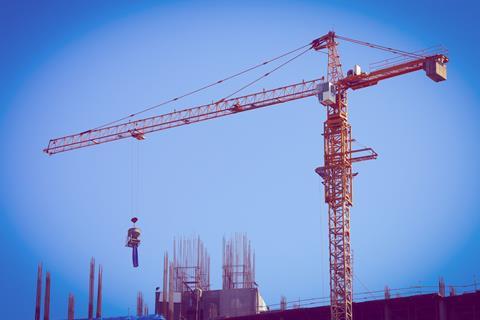 The deal will focus on government jobs worth £80m and more

The three-part deal will also be used for airfields and NHS capital projects other than those which are part of the government’s 40-hospital building programme.

Bidding is due to start on 1 September.

The NHS element of the framework will be Procure23, the latest version of the NHS’s main construction framework which has seen more than 1,200 schemes built and £9.7bn spent over the past 19 years.

Procure23 will be the fourth generation of the framework and follows on from Procure22, which includes Bam, Galliford Try, Graham, Kier and IHP, a Vinci/Sir Robert McAlpine joint venture, as suppliers.

The fourth and fifth lots of the framework cover airfield construction and major government projects over £80m.

The framework will focus on reducing carbon emissions during construction of projects and be in line with the Construction Playbook, the government’s modern methods of construction agenda, and will also use alliancing contracts.

Earlier this month, Ministry of Justice appointed four firms to its £1bn prisons programme on an alliancing contract, meaning that they will collaborate on the designs of the new prisons and how to build them.