New rules had been due to come into force next month

The government has postponed the introduction of the IR35 tax reforms until next April.

The rules, first implemented in 2000, aim to stop employees registering themselves as freelance contractors in order to pay less tax. 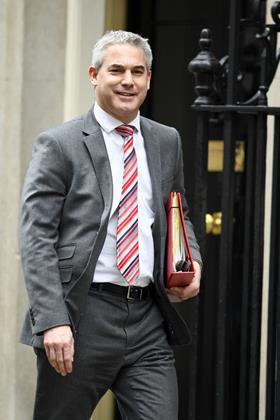 To improve compliance, the government in 2017 made public sector organisations responsible for determining employment status.

But last night Steve Barclay, chief secretary to the Treasury, told MPs in the House of Commons: “This is a deferral in response to the ongoing spread of Covid-19 to help businesses and individuals.”

Barclay (pictured) added: “This is not a cancellation and the government remains committed to reintroducing this policy to ensure people working like employees but through their own limited company pay broadly the same tax as those employed directly.”

>> Analysis: Is IR35 this the end of the road for the freelance?

Seb Maley, chief executive of insurance group and IR35 specialist Qdos, said: “The government has seen sense in these unique circumstances. Given the economic challenges that lie ahead of the UK, now certainly would not have been the right time to roll out needless tax changes that endanger hundreds of thousands of  contractors’ livelihoods.

“That  said, this is only a delay, albeit a very welcome one. It does, however, give private sector firms vital time to prepare for reform, which can only be a good thing for contractors. What matters now is that businesses use this time wisely.”

Announcing last month the changes were going ahead as planned, the government argued it was right to address what it called “the fundamental unfairness of the non-compliance with the existing rules”.

HMRC had said firms would not face fines for errors relating to off-payroll in the first year, except in cases of deliberate non-compliance.