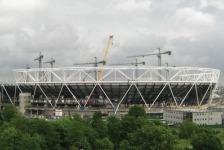 Newham council and West Ham football club are to join forces in a bid to take on the London Olympic stadium after the 2012 Games, Building can reveal.

The council and club were this afternoon due to issue a joint statement supporting West Ham's desire to use the stadium for premiership football from 2012. The backing of the council means the bid is automatically likely to be seen as the front runner, and will have major implications for the design of the stadium for after the Games.

West Ham will not want to return the 80,000-seater stadium to 25,000 seats, as originally envisaged. The bid also raises the question of what will happen to the running track after the Games, with a long-term athletics legacy being a key part of the UK bid to International Olympic Committee for the Games.

David Sullivan, one of the new owners of West Ham, made his interest in securing the Olympic stadium for the club clear when he took over in January.

A source close to the discussions said Newham and West Ham were close to signing a full “memorandum of understanding” over the conditions upon which the council would support the football club's bid. West Ham would rent the stadium, under the plans, with the source adding it was also possible the stadium could be used in the summer for 2020 cricket.

The news comes as the Olympic Park Legacy Company (OPLC) today issued its prospectus to potential operators of the stadium to express their interest in it. OPLC chair Margaret Ford has consistently said the organisation is aware of a number of interested parties.