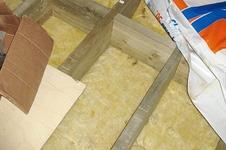 The Local Government Association today called for energy suppliers to contribute towards a national home insulation programme to dramatically reduce emissions from the existing stock.

The body has been campaigning for six months for energy suppliers to contribute £500m annually, for at least the next five years, towards the programme. The scheme, initiated by the cross-party organisation representing more than 400 councils in England and Wales, claims to be able to knock £280 a year off the fuel bills of ten million households, lift 500,000 people out of fuel poverty, and cut domestic carbon emissions by 20%.

Plus, the cost to the energy suppliers every year would be less than a third of the total dividend payment in 2007. The £500m a year contribution would be equivalent to the money householders already pay to utility companies to pay for existing insulation scheme, the LGA claimed.

A recent investigation lead by the LGA, published today, has found energy suppliers increasing their dividend payments to shareholders by £257m over the last year despite claims that high profits are needed for re-investment in energy infrastructure.

Sir Jeremy Beecham, acting chair of the LGA, said: “The (energy) suppliers talk about the need for investment in new forms of energy and nuclear power stations. The most effective investment drive would be a national home insulation programme.

“This would allow the energy firms to continue being profitable and provide the best long-term solution to cutting carbon emissions and fighting fuel poverty.”

The call for an insulation programme follows an investigation by the LGA who commissioned independent experts SQW energy to look into the published financial statements of the six major energy suppliers.

For more information visit the LGA.