Work had been due to start this spring

Homes England has extended the amount of time the developer of a Leeds housing scheme has to get the job up and running.

Phase 1 of the £70m Tower Works scheme in the middle of the city was due to start on site in spring this year but was delayed by the lockdown. 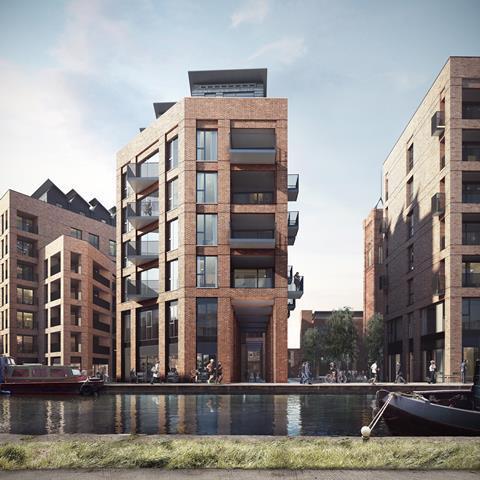 Sir Robert McAlpine was appointed lead contractor in June last year by developer Cedar Maple Oak, a former subsidiary of Carillion now majority owned by Richardson – the developer Carillion used to work with on a series of schemes in the Midlands.

The job, which is due to provide 245 build-to-rent homes along with commercial and retail space, has already been hit by design changes and the collapse of its original main contractor Carillion in 2018.

In an update on the Official Journal, landowner Homes England said the scheme’s termination date for failure to hit the minimum development threshold had now been moved back a year to March 2024 “to enable the developer to secure the required funding to carry out the works”.

It blamed the extension on “the significant delay to start on site caused by the covid-19 pandemic and the consequences this will have on the developer’s ability to tender the building contract, secure the necessary development finance, and accommodate the risk of ongoing disruptions associated with the pandemic”.

It added that an extension to the development period was needed because of the risk of further lockdowns and to “accommodate the new covid-19 extension of time requirements of building contractors in the current market”.

Originally designed by architect Jestico & Wiles and first approved in February 2016, the scheme was intended to provide158 homes for private sale, 100,000sq ft of office space and 20,000sq ft of retail space.

It was rejigged in 2017 to include build-to-rent homes instead of homes for sale and sent back in for planning, with Homes England’s predecessor, the Homes and Communities Agency, blaming market uncertainties caused by the Brexit vote in 2016.