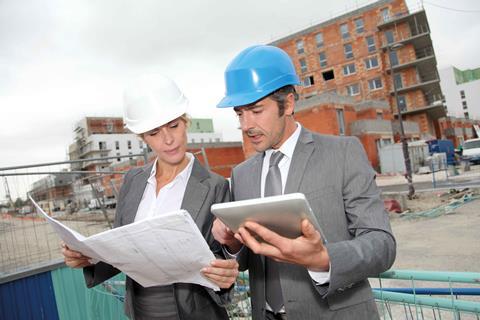 New gender pay gap data reveals how differing responses to the covid-19 pandemic affected women’s salaries last year. Some firms were paying women just over half of what men were earning while elsewhere women’s pay outstripped their male counterparts.

Since 2017, firms with more than 250 employees have been required by law to publish data showing annual gender pay gaps, as well as differences in bonus pay and the percentage of women employed.

These firms have been given until 5 October this year to publish their reports – a six-month extension from the original 4 April date because of the covid-19 pandemic.

But some firms have stuck to the original timetable with the data, recording payment figures for 5 April last year, showing marked discrepancies between firms.

Wates said that it paid women 53p for every £1 men earned. At the other end of the scale, Taylor Wimpey reported a gender pay gap favouring women, who earned £1.18 for every £1 paid to men last year.

Of the construction firms to have reported, Wates posted the largest median gender pay gap at 47%, which is the difference in average hourly pay between men and women. Wates’ pay gap also increased more than any of the other employers tracked by Building, rising 10 percentage points on the previous year.

A spokesperson said cost-saving measures introduced in the early days of the lockdown announced on 23 March last year had been the most significant factor in widening its pay gap.

These measures, which including furloughing around 1,000 staff and imposing pay cuts for employees in non-operational roles, began on 2 April – three days before its gender pay gap data was scored.

The spokesperson said: “The unintended impact of these measures was a significant widening of our gender pay gap. Not only because those on furlough were not included in the calculation of our pay gap, following updated government guidance, but also because we were able to continue our operations throughout lockdown.

“As the vast majority of our operational workforce is male, they were not affected by furlough in the same way as our non-operational female and male employees, or by the temporary pay cuts applied to non-site-based employees.”

Wates’ figures are for its Group Services Ltd arm, the part of the business focused on construction rather than its property or engineering services activities.

The spokesperson said the current reporting requirements only allowed it to focus on its “reporting entities”, rather than the whole Wates Group. She said taken as a whole, the company’s median pay gap is 32.9%.

Listed groundworks specialist Keller, where its UK business accounts for just 3% of its £2bn turnover, also said its widening gender pay gap, which increased to 82p for every £1 from 90p the previous year, was because half its workforce were site operatives, a part of the business where “women are very poorly represented”.

Balfour Beatty, which also paid women 82p for every £1 it paid men, saw its median gender gap narrow. The firm said: “As a result of operational restrictions, allowances paid to employees working on project sites were temporarily stopped during the period, reducing their earnings and bringing them closer to their base pay levels. Due to the gender profile of employees undertaking these roles, this affected more male employees than females.”

The data from UK’s biggest contractor was the third year the gap narrowed – after previous figures of 74p and 70p in 2019 and 2018 respectively – but the firm said it could widen again because sites are fully up and running.

Taylor Wimpey reported a widened pay gap – but unlike others said the figure had increased in favour of women. It said the pandemic had skewed the results.

Due to covid-19, at the time of the snapshot date most of our site staff, who are predominantly males, were furloughed,” it said. “Meanwhile our sales teams, who are predominantly females, were furloughed later, after the snapshot date. This resulted in our overall pay gap reducing to a negative pay gap for this reporting period.”

Taylor Wimpey shut its sites on 24 March, within hours of the first national lockdown announcement. It was the first major housebuilder to do so, before reopening them in May.

Anne Billson-Ross, group human resources director at Taylor Wimpey, said: “We do not set specific targets, as appointments within the company are based on merit, using objective criteria to assess experience, skills and potential.

“What we do ask for, and actively encourage from our search companies and the hiring channels we utilise, is that they ensure we reach and attract candidates from as broad a background as possible.”

The gender pay gap is not the same as unequal pay – paying men and women differently for the same or similar work – which has been illegal since 1970.

The housebuilder has a number of policies in place to support gender parity, including 50% female intake in its graduate programme and it says it has 50% and 40% representation at board and group management levels respectively. Senior women at the firm include: 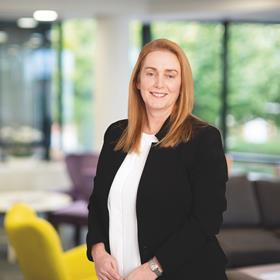 Oversees land, planning, design and technical, production and supply chain functions, in addition to managing the logistics business. Leads on the firm’s response to planning reforms and is interim divisional chair for the  North-east, North-west and Yorkshire division. 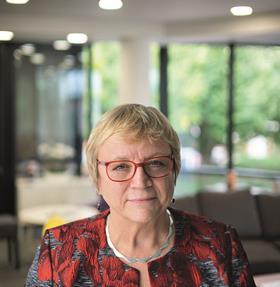 Appointed as a non-executive director and chairman-designate on 1 December 2019 and as chairman on 26 February 2020. After qualifying as a barrister, she had a long and distinguished career at HSBC. Also holds independent non-executive roles at AXA SA and Rolls-Royce. 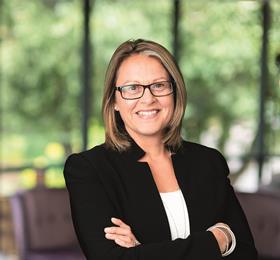 Responsible for all areas of human resources, including recruitment, benefits, talent and performance management. 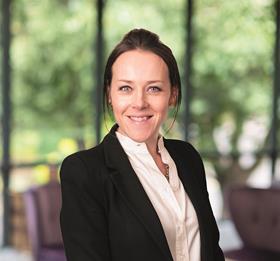