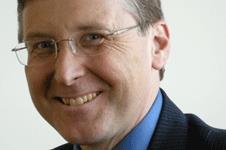 Consultant Cyril Sweett says it is now “well positioned” to survive the downturn after a series of staff redundancies and salary cuts.

The group made the announcement in its pre-close trading update, where it said annualised cost savings of £11m had been made following reductions in headcount and pay. The group subsequently finished the year with net cash and an increased commitment to bank facilities, it said.

Projects in the Middle East, in particular in Abu Dhabi and Saudi Arabia, have also left Cyril Sweett “well positioned to weather the downturn”, it said.