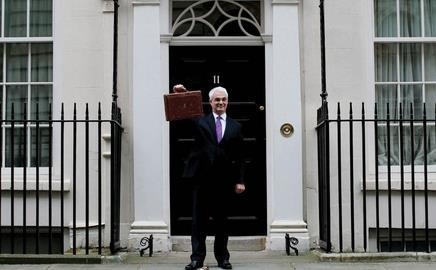 The chancellor has delayed plans to put PFI assets on the government’s books by a year.

Alistair Darling told MPs during his first Budget speech that planned changes to accounting rules that would have added £30bn to the government’s balance sheet were being postponed until 2009.

Another significant announcement was that new non-domestic buildings will have to be zero carbon from 2019.

Elsewhere, Darling’s first Budget was criticised for being scant on detail and not linking its promises to action plans.

It did acknowledge some issues that the industry has been long pushing for, including action to tackle climate change, congestion and increased funding for affordable and social housing.

But some industry commentators said not enough detail had been provided to demonstrate how these targets will be met.

Graham Watts, chief executive of the Construction Industry Council, said: “It’s a bit of a nothing budget really. There are a lot of half announcements.”

The headline measure on housing was the announcement that £8bn more will be spent on affordable accommodation over the next three years, although it was unclear if this was new funding.

Among the other housing and green measures announced were:

The Budget did produced some positive news for smaller companies as Darling announced that corporation tax will fall from 30% to 28%.

Smaller businesses also stand to gain from the decision to keep capital gains tax at 10%, and a pledge to place 30% of government work with smaller firms.

The verdict of the industry’s experts

There are some areas we are pleased about but there are gaps. The measures on stamp duty and zero-carbon non-domestic buildings are good but we need to know more about implementation.

We this would be a neutral budget. The stamp duty concession is positive but will not benefit everyone. I think more will come out of this once we have looked at the small print.

Liz Bridge, director of tax at the Construction Confederation

You have to look very hard indeed to find reasons to be cheerful following the rather doleful delivery of an unexciting Budget. Greater access to public contracts for SMEs is a saving grace.