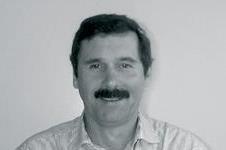 Three months after Davis Langdon appointed Derek Johnson to drive the firm’s expansion into Saudi Arabia, it has emerged that he is to retire

Johnson has worked for Davis Langdon for 20 years and his projects include the Eden Centre, the Royal Academy of Music, the Gilbert Collection and the Bank of England’s six-year refurbishment.

Davis Langdon has said it plans to increase its Middle East staff by 20% in the next few years, with staff numbers set to hit 350 by April, up from 285 in December. The increases will be concentrated in Bahrain, Abu Dhabi and Qatar. There will be no growth in staff at the regional headquarters in Dubai, where 120 people work.

Johnson confirmed his retirement and said he had decided to step down after Davis Langdon had asked him to work full-time.