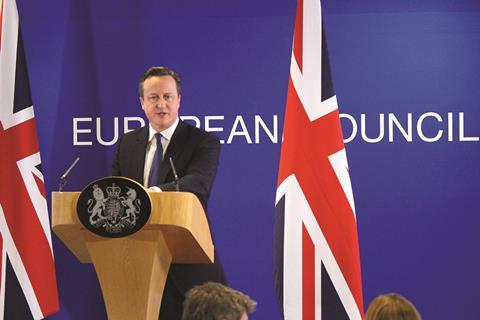 With 23 June confirmed for the country’s referendum on the EU, the first handful of construction firms have begun nailing their colours to the mast.

On Tuesday, 197 businesses signed a letter to the Times backing “remain”, including contractors Carillion and Mace, while consultants Gleeds and RLB have told Building they too will join the “remain” campaign.

Support for leaving the EU has been harder to come by, but industry watchers expect smaller firms will be more likely to join this camp.

A Building poll in January suggested the industry is edging in favour of remaining in the EU, but not by much and with a big proportion still uncertain. The results show 50% of our readers thought Brexit would damage UK construction, 39% thought it wouldn’t and 11% were undecided.

Now as prime minister David Cameron has revealed the terms of the deal on the UK’s new relationship with the EU, the industry needs to make its stance clear as there will potentially be big implications for the sector.

Construction bosses this week began to share their views on the issues at stake. Morgan Sindall chief executive John Morgan told Building he believed UK-centric businesses such as his own would not be significantly affected by the referendum: “The key thing for us is that we’re a UK only business. Economically it might not make a difference to us.”

However, Bovis Homes chief executive David Ritchie said housebuilders would be watching nervously to see if the uncertainty will undermine confidence in the housing market. He said: “There will be an influence on the UK consumer and that’s the thing we have to be wary of. It’s an unknown.”

Those in support of remaining say leaving would threaten investment and jobs and put the economy at risk.

But those who want to leave argue the economy could flourish as Britain will be free to trade with the rest of the world, while SMEs will be free of red tape and regulation from Brussels.

The first firms in construction have started to declare their intentions.

Bosses of the two contractors Mace and Carillion, alongside heavyweight clients including British Land, Canary Wharf Group and airports Gatwick, Heathrow and Manchester Airports Group, signed a letter to the Times arguing the UK will be “stronger, safer and better off” remaining in the EU.

The letter said leaving the EU would “deter investment and threaten jobs” and also “put the economy at risk”.

Consultants Gleeds and RLB have told Building they will be campaigning to stay in the EU (see below).

The “remain” campaigners in the industry argue leaving would worsen an already serious skills shortage, with a lot of construction firms currently relying on labour from Eastern Europe. Even in professions like architecture there’s a big need for foreign talent.

Investment, stay campaigners say, could also take a big hit with the uncertainty around Britain’s position and the unknowns about what will happen in the case of a Brexit, meaning investors are reluctant to commit to big projects.

Or should we go?

While the first industry firms to state a public preference this week want to remain in the EU, there is a large amount who are undecided or want to leave.

One senior industry figure - founder of plant giant JCB, Anthony Bamford - has declared his wish to leave the union before.

Writing in the Telegraph last October, he said the price of the UK’s membership “has simply become too high”, arguing that the UK has lost its sovereign control and is over-regulated.

Those words were echoed in the same newspaper this week by mayor of London Boris Johnson, who said that up to 50% of UK legislation now comes from the EU.

The shackles of regulation are something that construction firms, particularly smaller ones, are keen to break. SMEs could also benefit from less overseas competition.

Brian Berry, chief executive of the Federation of Master Builders, said he suspects his members are more likely to want to leave. He said they recognise dangers with skills shortages, but added that they feel “undercut” by European competitors and burdened with “extra costs” from the EU’s social legislation. 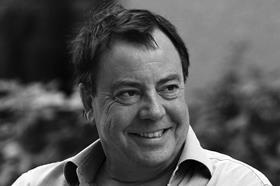 Richard Steer, chairman of Gleeds
Gleeds is loudly making the case for staying in the EU. The consultant works in nine other European countries outside its main UK base, and feels it is a more powerful force being inside the EU.

Gleeds chairman Richard Steer said: “We think it would be a terrible mistake to withdraw from the EU. From a business point of view, we have got to be part of a major trading bloc.

“The danger is we will be a little island on the left of the EU. The world is splitting into big power bases and we need to be part of that European power base.” 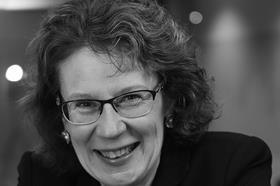 Consultant RLB has a big presence in the EU, with a network of 30 specialist consultancies within the group operating in member states throughout. Its chairman Ann Bentley said leaving the EU could even close it off as a market for UK firms.

She said: “We’re supporting to stay in. Even the EU itself is a big market. If you don’t have immediate access to that market, it’s more closed off to you and more difficult to do business.

“If you leave that market, the other countries are more likely to put up barriers to those who leave.” 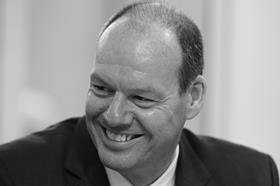 Shard builder Mace was one of the few major contractors to stick its head above the parapet and declare it was for “remain” this week.

As a large British company employing over 5,100 people, Mace chief executive Mark Reynolds said the firm was “naturally concerned” about the threat of a Brexit.

He added: “At a macroeconomic level we are concerned about the possible impact of an exit, primarily the stability of sterling, any increase in inflation, and interest rates that might result from a tightened monetary policy.”

Do you think it’s best for the industry to stay in the EU or to leave?