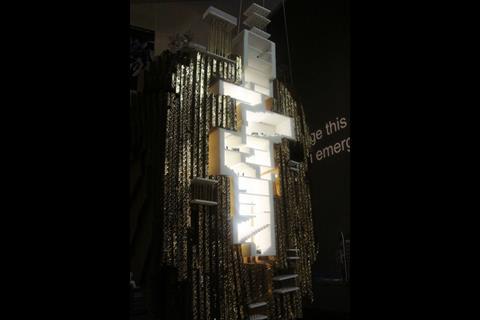 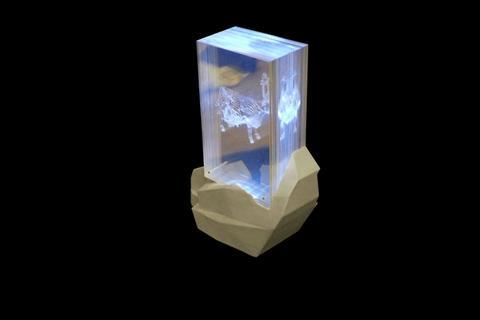 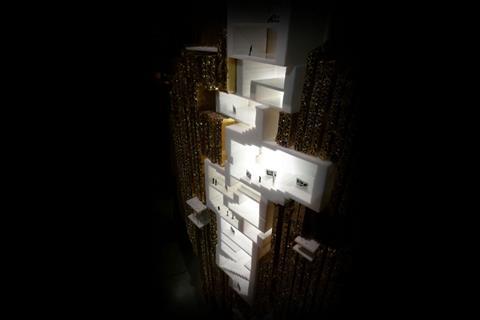 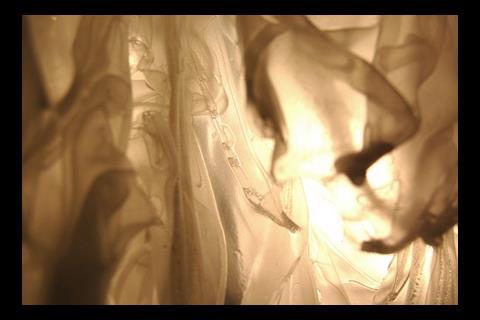 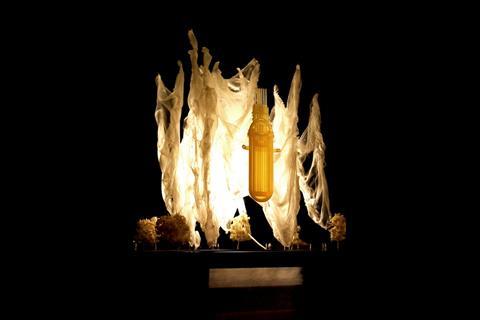 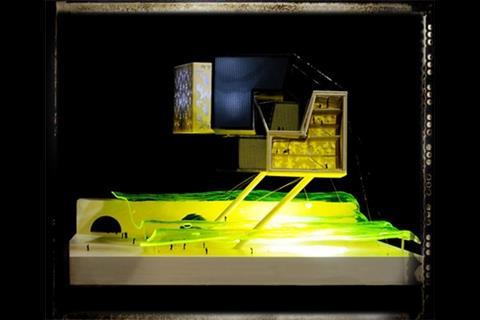 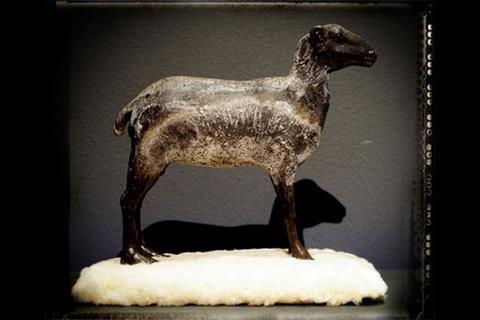 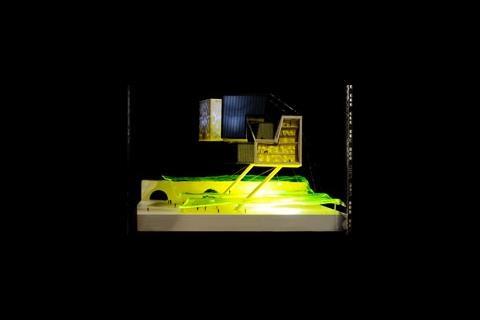 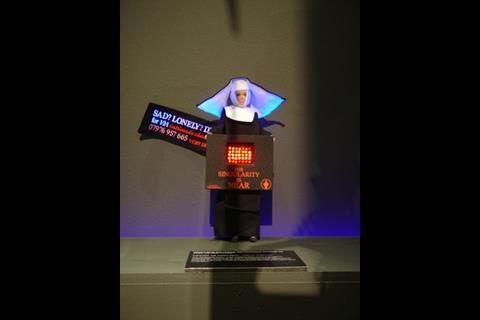 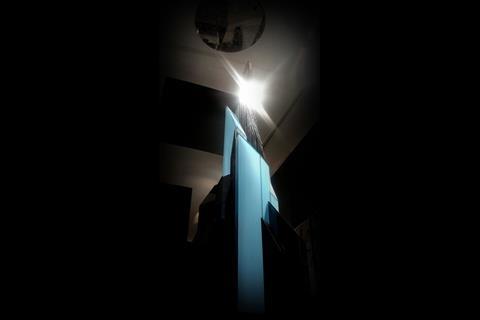 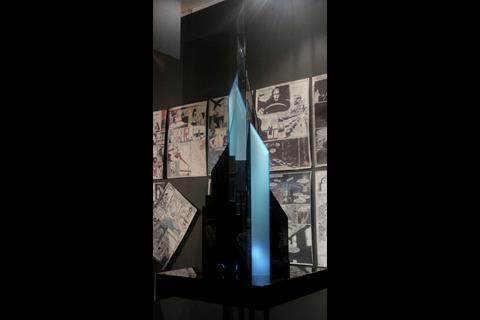 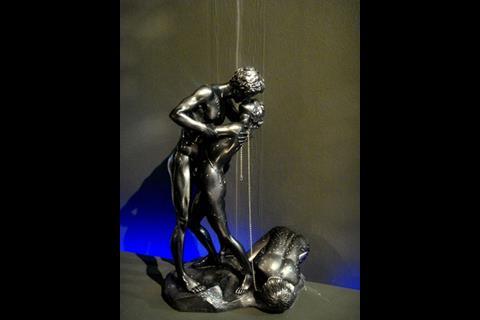 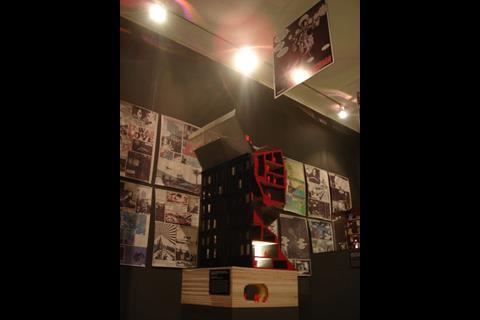 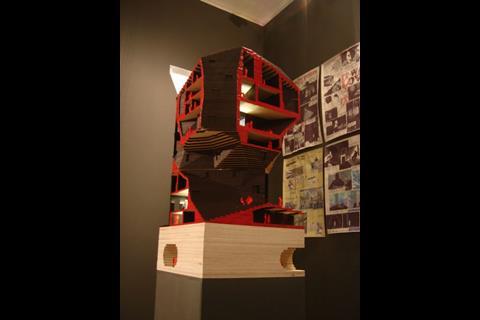 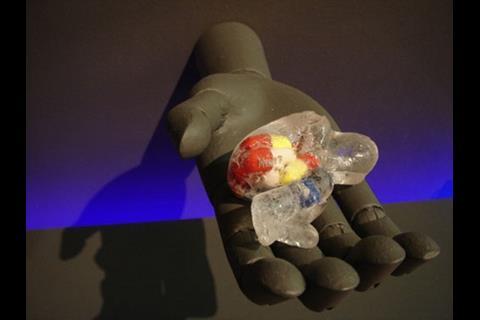 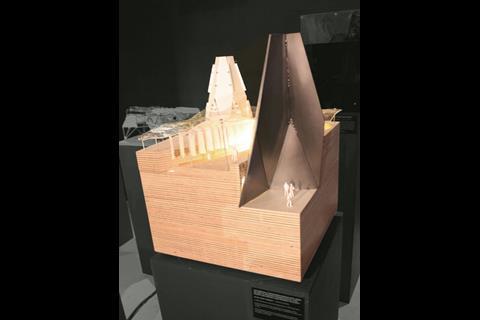 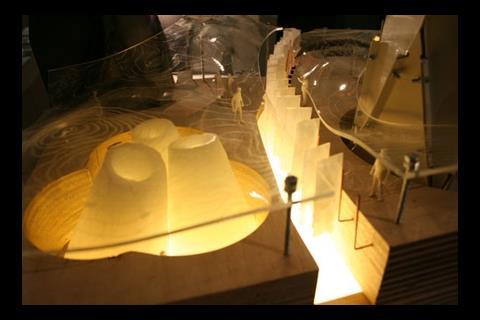 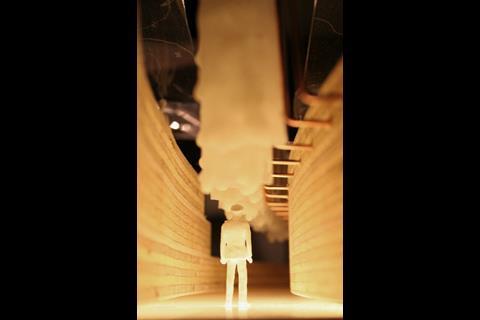 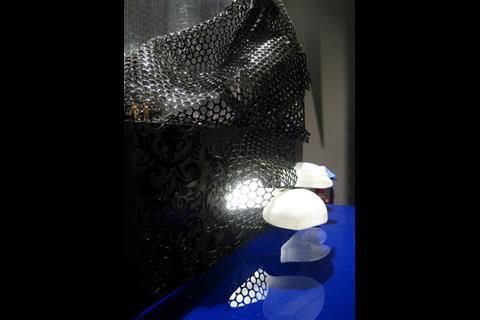 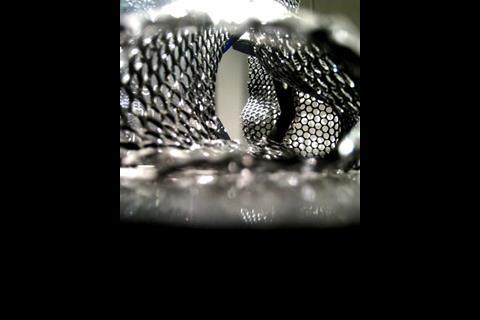 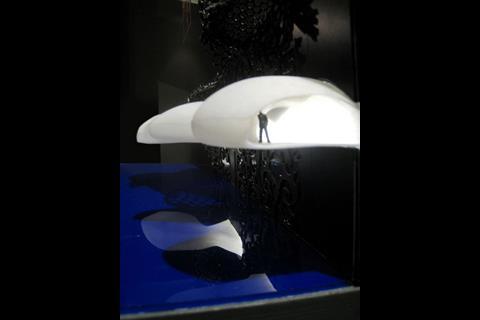 This is a recent project designed by second-year students from Architecture Design Studio 4 (ADS4) at the Royal College of Art as part of student work-in-progress shows in February.

The superheroes of the future will be people who’ll challenge this condominium of boredom, and we’ll find that our Bonnies and Clydes will emerge to challenge suburban values. (JG Ballard, 1993)

Since the creation of Superman in 1938, the hero or superhero has exercised a powerful influence over our collective imagination, serving as avatar or conduit for our hopes, dreams and desires.

Through the years, the hero/superhero has been used to embody - through metaphor - our social and political realities.

In the postmodern era, traditionally defined heroic qualities, akin to the classic “knight in shining armour”, have given way to the “gritty truth” of life, and as the 21st century begins and society faces an onslaught of political, economic and environmental catastrophes, the traditional hero has been replaced by the anti-hero.

The moral complexity of the anti-hero causes us to re-evaluate the limits of our own moral integrity, and many modern anti-heroes possess, or even encapsulate, the postmodern rejection of traditional values. It has been argued that the continuing popularity of the anti-hero in popular culture may be based on the recognition that our society is fraught with human frailties.

ADS4 investigates these frailties and questions the role of heroes in the 21st century.

We speculate on the values our newly created superheroes might embody and we explore the architectural implications of their existence. Inspired by the anti-hero, we investigate whether today’s “heroic” architecture can be turned on its head?

London is a city of connected villages, and this year we focus our attention along the route of the Jubilee Line, London’s most recent public artery, connecting Stanmore in the west to Stratford in the east.

As we pop up along its path we begin to imagine designs for new and highly specific local communities sometime in the near future.

Following are the students’ interpretation of the theme:

Can medically prescribed agricultural work be used to generate pharmaceutical cash crops? And create a new housing typology?
Go On, Treat Yourself – by Charlie Caswell

In 2025, depression is the second-biggest drain on NHS expenditure.

Continued urbanisation has contributed to the popularity of “eco-therapy” treatment, or working with nature, and BUPA has been quick to cash in.

With city space at a premium, the facility employs an augmented landscape of placebo nature, by using architectural devices to elude to therapeutic surroundings.

Can a reinterpretation of Islamic faith, prompted by developments in genetic modification, become a catalyst for the regeneration of London’s most deprived boroughs?
Cultivating Faith: The Feeding of the 59,000. A new ministry for agriculture and religious affairs – by Tom Greenhall

Recent developments in the fields of nanotechnology, genetics and bioscience have caused many to question their faith. Science has already provided answers to many of the biblical miracles, exacerbating an increasing loss of faith in the primacy of the Church. As the value of the global halal food industry grows to £300bn annually, will our desire to retain traditional theist practice come into direct conflict with our pursuit of genetic enhancement?

Can embracing the health benefits of toxicity persuade society to trust nuclear power?
The radiance resort – by Rachael Harding

Britain has disregarded old-fashioned havens in favour of a wonderland of health-giving toxic treats. The UK can no longer fill its brochures with idyllic snaps of Englishness, and instead embraces toxic landscapes and furthermore markets them to a new brand of health tourists. At the Radiance Resort, lead curtain shielding creates a varied landscape of gamma radiation, making a hierarchy of treatments where radiation and toxicity level is indicative of exclusivity.

DNA profiling for the DRD4 dopamine receptor allows a new school in Bermondsey, Chambers Wharf, for children between the ages of five and 18 , to detect the presence of a “morality module” to get an idea of the “minds” at work and allow new teaching techniques to be adapted to cater for every child’s needs.

The result is the new ICT classroom of the future. The constant presence of a teacher is unnecesary as children are set tasks that have to be finished in a limited amount of time on a reward basis , for example: access to sports programmes with the NBA, early training for the new UK space programme in partnership with NASA and auditioning for musical events in conjuction with Andrew Lloyd Webber.

Can society’s disproportionate fear of terrorism be used as both community aid and regeneration tool?
Flirting with Disaster: Terror Ready Public Service Housing – by Alex Smith

Times of desperate need solidify communities and relationships. What unites us more than our fear of terrorism, or the fear of losing a loved one?

Behind the reassuring facade of a disused Ministry of Defence building in Westminster, a “terror ready” community will emerge. Scheduled disaster re-enactments prepare nervous residents for the worst while in a shared flower garden there are antibacterial garlic allotments and saltwater ponds to strengthen their immune system from anthrax.

Will death become the latest addition to the commodities traded by a newly re-structured NHS?
Morpheus’s Market TM – by Vasielos Mavropoulos

Morpheus’s Market TM is a technological healthcare facility established by the NHS and a major high-street chemist, which deals in both processes of sustaining and terminating the human life.

Divided into two parts – the control unit, which consists of the first commercial euthanasia clinic in the UK, and the health unit, which is a fish-protein-based medicine and cosmetics production unit, structured around a genetically modified fish farm. The NHS’s investment in GM medicine and therapeutic products alleviates the stigma and repulsion associated with euthanasia.

In Morpheus’s Market, religion, science, health, immortality and death are united in a commercial venture that pacifies our most essential fears.

If advances in medical technology allow us to reliably self-test ourselves for infection and disease, what services might emerge to cope with an increasingly healthy conscious, consumerist population?
Pimping Plasma Pool Party – by Adam Smith

What would you do if you found you carried a gene which might kill you? Might a rethinking of existing hospital typologies be inevitable?
The Waiting Room – by Kevin Cash

People are now undergoing genetic testing to see if they are predisposed to develop serious illness. Already some women are tested for BRCA1, which is linked to an 80% risk of cancer. They face the complex decision to undergo prophylactic surgery or surveillance. In future, growing numbers of people will be tested for genes of lower risk. What would you do if you found you had a 10% or 20% risk of developing a terminal illness? This centre serves to investigate this growing phenomenon and explore the public’s growing infatuation with the last bastion of privacy – health.

Can the disposal of nuclear waste be ensured for 10,000 years by the creation of a synthetic mythology, whilst ensuring the longevity of Britishness?
Eternally Yours: Human(ity) Shield – by Claire Jamieson

Britain’s nuclear legacy will stay radioactive for 10,000 years – during which time it must be protected from intrusion and theft. Rather than rely on predictable methods of concealment and existing “out of sight, out of mind” strategies, the waste is placed in central London. Fear of radioactivity is assuaged by the layering of synthetic mythology and celebratory nostalgia ingrained into a national monument sponsored by the best of British heritage brands. The monument is envisaged to last 10,000 years by a deeply rooted association with love and romance – our most enduring values.

In an age where medical science is able to delay the inevitable, how far will our ageing population be willing to go to preserve themselves and their quality of life?
Human Shop – by Eliot Postma

A new generation of pensioners has emerged who have rejected society’s need to define age with a numerical value. Terrified by social exclusion, they are willing to go to great lengths to keep their bodies in line with their minds.

The latest stem cell technology has allowed the struggling medical student community to become a surprise aid to this new generation, by growing replacement organs/tissue/bone for transplant into their ageing partners.

The Human Body Shop is a servicing centre for the body. From student-grown organs to transgenic farmed tissue, the ageing Generation Jones come to browse and buy a new lease of life.

How might the church profit from the emergence of computer technology which professes godlike power? Might new religious institutions appear to feed on our fears?
Staying the Singularity – by Stefan Tribelnig

In 2029, Staying the Singularity proposes a new “Convent Estate Agency” where new threats emerging from unstable computer technology are used to sell “low-tech” housing to financial professionals – a stealth convent designed to be undetectable by electronic surveillance means. But how realistic are their claims of guaranteed protection from the unknown, and how much is mere placebo?

In a future pandering to emerging BRIC (Brazil, Russia, India, China) nations, might we British face an uncomfortable makeover as “Brand Britain” pimps itself to wealthier foreign masters?
Brand of Hope & Glory – by Jenny Melville

Here, we suppose a future where Visit London pioneers this vexatious truth and sets up a new consumer Elysium for tourists in Bermondsey: rebranding this forgotten borough as Real Authentic England.

The work was carried out by second year architecture students at the RCA as part of the 'Student Work-in-Progress Shows' that ran from from 5 – 11 February.
For more information visit RCA.