Derwent is expecting to start on its next major scheme, a £60m office and retail scheme on Tottenham Court Road next month.

The London developer has shortlisted Sir Robert McAlpine, Kier and Skanska for the Network Building, which will be built at 95-100 Tottenham Court Road and is halfway between Goodge Street and Warren Street tube stations.

The building will include 137,000 sq ft of office space and has been designed by Piercy & Company. Project manager is Blackburn. 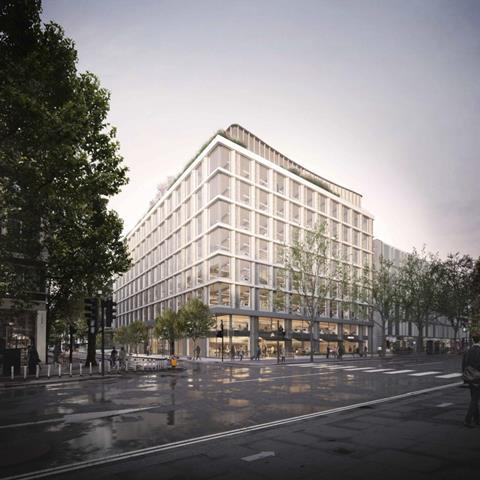 The Network Building has been designed by Piercy & Company

In a trading update this morning, the firm said it had signed the deal to buy City Road Island, the site of the Moorfields Eye Hospital and the UCL Institute of Ophthalmology near Old Street tube station, for £239m.

It said this was dependent on final Treasury approval, expected by the summer, and the replacement eye hospital called Oriel being completed. Moorfields is moving to an eye care, research and education centre in Camden’s Knowledge Quarter in the second half of 2026. Mace and Bouygues are expected to find out shortly who has won the £200m deal.

AHMM has been hired to draw up proposals for the 400,000 sq ft City Road Island estate which Derwent described as “an important strategic site located in the heart of the Tech Belt”.

The current Moorfields site at 162 City Road has been a hospital since 1899.