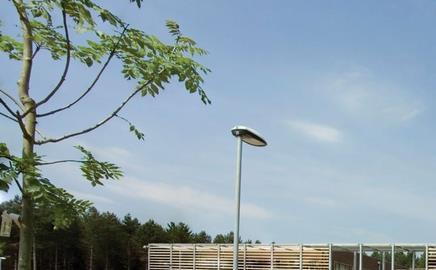 One-third of all developers say they will be expected to manage, design or build generators of renewable energy, according to a survey obtained by Building.

The survey, by law firm Taylor Wessing, found that 75% of respondents thought they would be involved in sustainable energy sources. And 34% say they will be directly involved in managing renewable energy, either in the form of a joint venture (14%), providing finance or investment (14%), or self-procuring (16%). Many indicated that all of these elements were likely to be a part of their involvement.

The figures will reignite the developers’ concerns that they are being expected to get involved in the generation of renewable power.

“It’s like expecting car makers to produce their own petrol,” said Roger Humber, strategic policy adviser to the House Builders Association. “It’s a nonsense and will make development non-viable on smaller sites.”

But others said developers could see an opportunity in managing on-site energy. Miranda Pennington, consultant at sustainability adviser Metropolis Green, said: “My first thought is that it is clever for them to stay involved owing to the potential revenue generated by energy. After a while, you’ll start to get some payback.”

It’s like expecting car makers to produce their own petrol. It’s a nonsense

The 800 industry professionals who responded to the survey included contractors, architects, funders, agents and developers.

The survey comes as research by Building and the Energy Saving Trust shows that just one in 10 respondents from across the industry thinks that green construction will be unaffected by the downturn (see box).

The Greater London Authority requires that all schemes in London generate 20% of their own energy from renewable sources.

In September, Sir Simon Milton, the deputy mayor, told the London assembly that developers needed to realise that renewables were not a section 106 benefit but a core part of their business.

Despite developers’ involvement in renewable energy, the downturn is having an impact on sustainability, according to a survey conducted by Building and the Energy Saving Trust.

Of the 380 responses from across the industry, 88% said green building would be affected by the economic climate . Fifty-five per cent said clients were asking them to drop sustainable elements. Of those, fifty-six per cent said renewable energy generation was suffering, 57% said they were losing sustainable building services and between 25% and 30% said ecology, finishes and building envelopes were suffering.