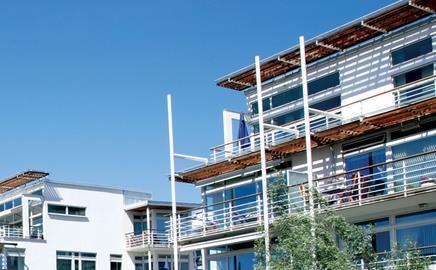 Research looks to Europe for increasing the benighted project's luck

Eco-towns are likely to fail due to a disconnection between the planning process and the means of delivery, according to research published today.

The study carried out by PRP Architects and URBED, a consultancy firm, looked at six successful eco-town-type projects in Europe to divine what had made them work so well.

"None of the projects we looked at is a stand-alone settlement," said URBED director, Nicholas Falk. "All are either urban extensions or close to a major conurbation with excellent public transport, cycle routes and footpaths leading to an urban centre."

Places the team looked at include Hammarby, Sjostad in Sweden, Adamstown near Dublin; and Freiburg in Germany.

The study details 29 measures which will avoid the UK making "further mistakes" in the eco-town planning process.

Chris Wilford, PRP associate director, said the UK planning process made achieving these aims hard: “We have an abundance of guidance and exhortation at central government level… at a local level, the planning system has to do with development controls and little to do with visions and aspirations of the local community.

In the past week, three more consortiums have withdrawn their intention to build eco-towns, leaving just 10 of the original 15 bids intact. This followed a march on parliament by up-in-arms local residents.

The full PRP/URBED report will be published in September.