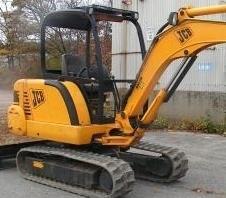 A subgroup dedicated to quick hitch safety has been set up by the Strategic Forum, following the recent death of a man on a Skanska/GrantRail site which led to an arrest on manslaughter charges

The new subgroup of the plant safety group will examine the safety of the quick hitch machinery used on diggers to switch buckets automatically.

Colin Wood, chair of the plant safety group, confirmed that the subgroup has already been formed despite the fact the plant group itself has not yet held its first meeting.

Wood said that the creation of the new group was triggered by the death of 58-year-old Harold Sheridan, who had been working on the Docklands Light Railway extension in early December.

A source said it is believed the accident was caused by a quick-hitch attachment that came off, releasing a digger bucket, which killed Sheridan.

It is not clear why, or at what point, the safety pin in the quick hitch came out.

“We know the accident is linked to a quick hitch, but we don't know if the safety pin had been put in or not,” the source confirmed. “The fact that it fell off though probably implies that it wasn't in.”

Wood said that the DLR incident was the latest in a rising number of fatalities attributed to failing safety pins in quick hitches, which have occurred over previous years.

“We've realised quick hitches should be something we are paying more attention to,” Wood said.

A meeting for the quick hitch subgroup has already been scheduled for 16 January.