Dozens of zero-carbon schools to be built by 2016 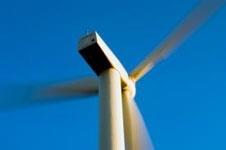 Four zero-carbon schools will be built in each of the nine regions of England by 2016, under plans unveiled today.

The plan is one of a series of measures to be taken forward by the government following the final report of the Zero Carbon Task Force, published today. The task force, chaired by Cabe commissioner Robin Nicholson, was established to address the problem of cutting carbon emissions from school buildings.

The government also announced today that every school in England will be fitted with a display meter to measure energy use, in a £12m initiative.

Other measures that the government said it would look to deliver include:

The schools estate in England contributes around 15% of the country's public sector emissions. Energy use in school buildings accounts for 37% of this – a total of 3.5m tonnes of carbon dioxide equivalent each year.

Launching the recommendations at Pimlico Academy in London, secretary of state for children, schools and families Ed Balls said:

“The independent experts from the Zero Carbon Task Force tell me that although current technology makes building zero-carbon schools expensive and challenging, we have a clear moral responsibility to future generations to get as close as we can to that aspiration – it would be a dereliction of duty if we didn’t. So we will look to build pilot zero-carbon schools across the country as model examples for others to follow – it will set the bar high for all schools to reach.”

He added: “Governors and headteachers also need to seize the initiative and not bury their heads in the sand. And so later this year, we will launch an awareness campaign to support them to mobilise the whole of their school from teachers to pupils to parents, and create an energy and climate change aware school culture.”

Robin Nicholson, the chair of the task force, said: “Schools are crucial in achieving lower energy ambitions, not least because of so many students’ enthusiasm for helping to protect the future of the planet. And it is not just the students; it is their families, their homes and their communities that surround the schools."

The energy meter initative will be managed by schools delivery agency Partnerships for Schools.

Its chief executive, Tim Byles, said: “Display meters are a great way of tapping into the enthusiasm and interest that young people have in the environment and energy efficiency. In new and refurbished schools where these meters are already in operation, we are seeing energy information actively being used in lessons and positive changes in behaviour that will help reduce the carbon footprint of our schools.”