Dubai on the edge of a precipice 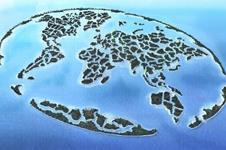 A week ago, Nakheel had seemingly led itself, its parent Dubai World and indeed “Dubai Inc” to the edge of a precipice. Surely there was no way back this time. The worldwide media was having a field day with it all, whilst global financial analysts were stumbling around in the dark.

So how did we get here? Let’s take a quick spin back to the middle of last week, when the initial tremors were felt. Nakheel was looking for a payment holiday as D-Day for its $3.5bn sukuk loomed large. The story was mirky, but finally became clearer over the weekend and the beginning of this week. But it’s by no means simple to understand for the man in the street.

Anxious creditors of Nakheel were sweating buckets over a default on this particular sukuk, a sort of Islamic Bond. They knew it wasn’t government-backed ­ and was instead secured on leaseholds which were now worthless. And this certainly wasn’t any ordinary sukuk. Back in December 2006 this was the largest ever placed in history and it involved an innovative structure never used before in Islamic or conventional banking history. Not all that comforting. If this became really messy could they chase down Dubai World or even the government of Dubai, where did they stand in the long line of creditors?

The legal beagles worked the weekend to come up with nothing much. Best bet was to join ranks with the other investors to share the groans, legal fees and ponder how they all dismissed the line on page two of the prospectus that said this particular investment opportunity was nothing to do with the government and page three to fifty which probably said this type of arrangement had never been sold before and was high risk. Still at the time they were right in buying-in and could sleep at night because it was sort of linked to the government somehow, so was bound to be ok wasn’t it? But it wasn’t a sovereign-backed issue, it was a new ball game and they knew it.

Fast forward a few days and more details slipped out though the media. But you had to look carefully because they weren’t in the headlines. Last week Dubai raised a further $5bn from the planned $20bn tranche earlier this year. It came from the Abu Dhabi controlled banks, National Bank of Abu Dhabi and Al Hilal Bank, neatly side-stepping the Central Bank it could be said.

What happened to the first $10bn remains a mystery, but I suspect it was gobbled up by the banks to satisfy their liquidity shortages at the time. Nobody else saw the proceeds from it, ask Mr Mandelson, he’ll confirm that I’m sure.

Finally, the Dubai Inc wall of silence was broken yesterday and not unsurprisingly, words of defiance flowed yet again. The National led with the headline that “Dubai is misunderstood” in its business supplement.

So onto the next days and weeks. Unlike the rest of the recent repayment of sukuks, loans and bonds in Dubai that have happily been refinanced on the back of some solid looking assets and revenue streams, Nakheel’s $3.5bn short-term debt doesn’t look at all appetizing. But layer on top of that the most recent words of HH Sheikh Mohammed along with the recent cash deposit into the Dubai coffers.

Ian Fleming couldn’t have dreamt of writing a thriller on this scale, but history may just see one of the greatest escapes of recent times as Nakheel is plucked from the jaws of defeat and Dubai Inc lives to fight another day?