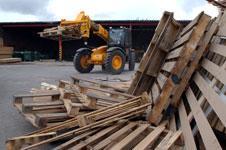 Eastex, the east of England reclaimed materials exchange, is looking to invest £550,000 in a warehouse to complement its online operation.

At the moment, the exchange relies on companies picking up reclaimed materials from those companies offloading or selling them, meaning the usefulness depends on the fortunate timing of supply and demand.

But Eastex, which this month introduced a campaign to persuade the construction industry to use the exchange for its unused building materials rather than dumping them in landfill, has completed a feasibility study for a warehouse which would eliminate the timing concern.

The not-for-profit organisation will seek to fund the 1 acre Building Materials Re-use Centre (BMRC) with a grant from the East if England Development Agency, but will be self sufficient by the end of year five, according to the feasibility study.

Ian Tennant, Eastex regional co-ordinator, said the key was to make it easier and less expensive for building firms to send useful materials to its warehouse than it would be to send them to landfill.

He said: “It isn’t convenient for them. It cost time and money and it just easier to throw it all in landfill. So we have to make it as easy and cost effective as possible”

He added that even where there was a will at the top of organisations, reclaimed materials often ended up in landfill because of communication breakdowns not only between companies but also within companies.

“Information exchange is not great for them,” he said. “The people putting materials in the skip are far away from people making the decisions and they may be on lots of different sites. So even where the same company could have used them they don’t always know.”