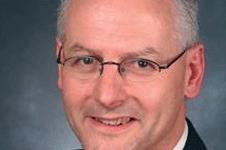 The appointment of Steve Paxton signals a ramping up in the firm’s energy operations and comes as part of a high-level recruitment drive.

EC Harris has reduced overall staff levels by about 10% during the recession. But it has appointed 17 partners since 1 May in sectors including oil and gas, asset management and public sector. About 320 staff have been moved from property into infrastructure or oil and gas since January.

The recruitment drive is part of a continued effort from the firm to move away from the old QS label and offer a broader consultancy service. In December, it rebranded as a “built asset consultancy” and said it would focus on energy, transport and the public sector.

Philip Youell, chief executive, said: “We have gone for key individuals in key areas where we want to grow our business.”