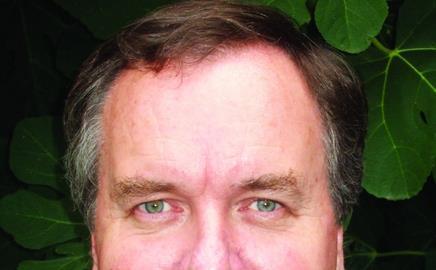 The news that Health Secretary Alan Johnson would like the ten new eco-towns to become fit towns adds a new twist to an increasingly bizarre story. A week earlier, Johnson had gone on record as saying that he thought obesity was going to be as big a problem as climate change: now he says that he wants an anti-obesity agenda embedded within the eco-town proposals.

Not that you’d find any mention of such an idea within the original eco-town prospectus. Just the day before Johnson launched his big idea, I sat in on an eco-town presentation by Housing Minister Yvette Cooper and she made no mention of this new “cross-government” initiative. I would hazard a guess that she had no idea it was coming.

It seems that the eco-town proposals risk becoming a depository for good intentions. First and foremost, they aim to marry the nation’s need for a huge new housebuilding programme with the planet’s demand for a lighter footprint. The fact that these two aims are in all probability mutually exclusive seems to have eluded the authors of the scheme. For a start, if you are realistically trying to create a low carbon housing complex, you wouldn’t begin by locating it out in the countryside, well away from existing infrastructure. But this is precisely what the eco-town proposals are calling for.

The reason for this seems to be, according to Cooper, that we need so much housing in the coming years that we simply have to find new locations to put it, because urban brownfield sites are running out. So it would appear that a 20th century eco-initiative, the green belt, is being sacrificed to 21st century expedience.

Whether we really need all this new housing is open to question. The mantra the government seems to be following here is that house prices are too high because we haven’t been building enough homes for many years. But this is a very simplistic notion and experience from other housing markets around the world suggests that the relationship between supply and price is complex and difficult to predict. And with the entire population of the EU free to move wherever the jobs and the housing are available, it is likely that one of the unintended consequences of expanding the housing supply will be to expand the population to fill the void. I don’t think anyone in Whitehall has even begun to think about this.

Another strange aspect of this unfolding story is that both the design and the location of these new eco-towns are to be decided by competition. Cooper was at pains to point out in her presentation that she wanted input from the general public, not just the design and planning professionals, and wanted to start a series of Citizens Juries to help shape these new model towns. You have only to witness the hostile reception given to every windfarm proposal up and down the land to realise that the prospect of 10,000 new homes down at Home Farm isn’t going have them dancing in the streets. Cooper remarked that she thought that, with the growing realisation that sons and daughters would never be able to get on the housing ladder without a large housebuilding programme, “the politics of housebuilding is changing.” It may be in Islington: it certainly isn’t in Much Binding in the Marsh.

And now with Johnson’s obesity intervention, the eco-town initiative is beginning to look more and more like Ebenezer Howard’s original 1899 Garden City proposals. Health and well-being was an intrinsic part of his plans, so much so that pubs were kept out of Letchworth. Will eco-towns follow suit? Maybe fast food, tobacconists and sweet shops will be added onto the list this time around?

It’s almost as if the government has given up on trying to reform us, this seething mass of stroppy beer-swilling, chain-smoking lard-arse Brits, and will instead be using the eco-town initiative to create an elite cadre of fit and healthy eco men and women, pure in body and mind, ready to lead us into a bright new future. Does this remind you of anything else, or am I simply being paranoid?