Jobs at risk after site preparation on hold 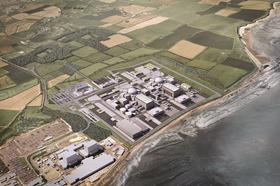 Up to 400 workers are at risk of losing their jobs after EDF Energy halted preparation work at the new nuclear power station at Hinkley Point C in Somerset.

An estimated 650 workers are currently working on the project, with 400 potentially facing a 45-day consultation on redundancy. A spokesperson for EDF confirmed that the 400 jobs figure reported by various media outlets “was accurate”.

EDF said it had invested significantly in a series of preparatory activities at the Somerset site, including site preparations and roadworks, but that “a substantial increase in spending levels” was required before the next phase of work on site and in the associated developments could begin.

It added work would restart “as soon as the final investment decision has been made”.

The final investment decision has been repeatedly delayed. It was originally expected as early as 2011, but EDF said in February this year it might only be possible in a matter of months and that it was still finalisng talks with Chinese financial backers.

Unite national officer for energy Kevin Coyne said: “The next government will need to resolve the issues facing Hinkley Point as a matter of urgency, so this important project can remain on track.

“The growing energy needs of the UK demand a clear and coherent strategy to provide enough capacity for industry and consumers.”