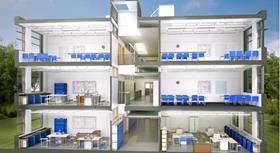 The Education Funding Agency has narrowed the shortlist of bidders seeking to fund the ‘aggregator’ financing model for its Pf2 schools programme from six to three.

The aggregator model will use an organisation to provide debt funding for all of the EFA’s privately-financed schools batches, rather than each batch having to secure its own funding.

In October the EFA said it had invited six bidders to submit outline proposals, with that long-list now cut to just three:

The EFA said the three bidders have been been invited to submit detailed proposals with the aim of concluding the procurement in mid-2014.

The EFA is procuring five batches of Pf2 schools covering the North-east; North-west; Yorkshire; Midlands; and Hertfordshire, Luton and Reading.