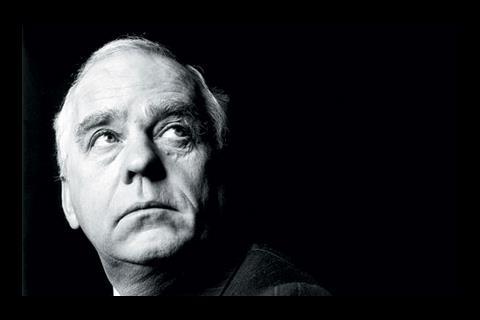 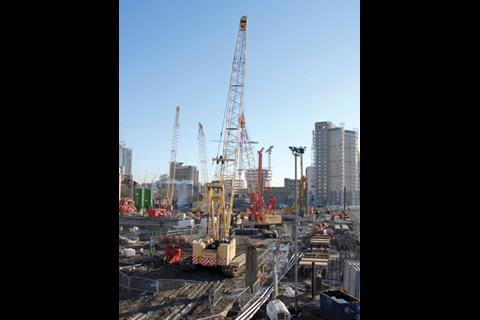 In 1998 Sir John Egan told construction just how far it was from being a modern industry, told it how to improve, and told it how to measure that improvement. So how did it do?

It’s 10 years since Sir John Egan delivered Rethinking Construction and the industry saw itself through the eyes of an experienced industrialist. It wasn’t a pretty sight. “Projects are widely seen as unpredictable in terms of delivery on time, within budget and to the standards of quality expected,” he said. “It too often fails to meet the needs of modern businesses and rarely provides best value for clients and taxpayers.”

The report rocked the industry. Building’s editor at the time wrote in his leader: “The instinctive reaction of many in the industry to the Egan report will be unprintable.” Egan, who these days is chairman of Severn Trent Water, agrees. “To start with, a lot of construction companies weren’t too pleased with what we said. People were quite aggressive.”

Having got the construction industry’s attention by slapping it in the face, Egan’s report set seven targets for cutting costs, improving predictability and eradicating defects (see box below). Egan also told the industry to adopt the “lean” production techniques pioneered by the car industry (although Egan was chief executive of BAA at the time, he had worked for Jaguar.)

A decade on, what impact has Rethinking Construction had? Most in the industry say the Egan report is still on the agenda. But although the industry is moving in the right direction, we are well wide of his targets.

Last month the Office of Fair Trading accused 112 construction companies of anti-competitive behaviour. This is the most striking recent sign that the industry is still some way off from Egan’s collaborative nirvana. Research from Constructing Excellence, which measures progress towards the Egan goals, confirms this (see graphs attached). The data shows that we have missed all seven targets. For example, the industry has cut defects: customer satisfaction has improved from 65% in 2000 to 73% in 2007. Yet Egan’s wanted defects cut 20% a year.

What about the adoption of lean techniques, such as off-site construction and collaborative working? Brian Swain, founder of the Lean Construction Institute, says “Lean is alive and well but it is developing slowly. Only about 15% of companies are achieving what Egan recommended.”

These firms, he says, tend to be the big players. What about the smaller contractors? Peter Kilby is chief executive of £80m-turnover Cornhill Construction in Kent. He says: “At our level the Egan report has not meant much. Health and safety on smaller jobs is still appalling, for example, and we still suffer dramatically because we haven’t trained anybody for 20 years.”

At our level the Egan report has not meant much. Health and safety on small jobs is still appalling.

John Connaughton, a partner in Davis Langdon, is an Egan disciple. He was on the board of the Movement for Innovation, which was formed in 1998 to implement Rethinking Construction; it became part of Constructing Excellence in 2004. He says when the report first came out, the industry’s smarting soon gave way to interest in its suggestions. “At the time, a huge number of people felt they were being got at, but a positive spirit quickly developed. There was lots of energy around boardrooms and people were genuinely excited by the idea of applying modern manufacturing to construction.”

If the report was generally well received, why haven’t more of its recommendations been implemented? Connaughton says the OFT investigation into bid rigging shows much still needs to change. “It proves we still have a long way to go.”

Another disciple, Sunand Prasad, president of the RIBA, lays the blame with the government, whose procurement habits he says have been less than effective. PFI and PPP contracts have not been done well. Public clients have gone to the market insufficiently prepared and insufficiently connected to the design team.”

He says the Egan report has created less, rather than more, integration. The aim of an integrated design and construction process has been crudely assumed to mean contractors should employ designers, Prasad says. “This is happening through design and build, in which the architect is treated as some sort of subcontractor. History has shown a direct relationship between the client works best and I’m afraid one of the side-effects of Egan has been damage to this relationship.”

Gary Sullivan is managing director of logistics firm Wilson James, so makes his living from the lean techniques Egan recommended. He says: “Some of Egan’s ideas were unrealistic. The whole partnerships thing is a nonsense. We can’t have partnership when one has the cheque book.” He adds that collaborative working is possible “and there is more of it because of Egan, but I would say that his report was only a qualified success”.

Don Ward, chief executive of Constructing Excellence, is also lukewarm. “I am flabbergasted by the slow take-up of lean production. We have more examples of small companies doing lean than large companies. At site level, lean works.”

The Egan agenda was hugely ambitious and I think everyone realises that it will take more than just 10 years to reach his targets.

There are pockets of good practice at larger firms such as Thomas Vale and Shepherd Construction, he adds, but he reckons there has been little incentive to implement lean techniques because market conditions have been so good for the past few years. That may be changing.

The lean approach, Ward says, can only happen if “truly collaborative arrangements” are in place, another area where the industry has more to do. “There are lots of frameworks, and they are one way to work collaboratively, but we have only done the groundwork.” He adds that collaborative working “would get rid of cover pricing”, one of the bid-rigging practices the OFT is investigating.

There is still hope

Despite this, Egan’s disciples have not lost their faith. Connaughton proclaims himself “still fairly positive” about the Egan doctrine. “We could say that nothing has changed but Egan has put lots of issues on the agenda.”

He says that although the industry has not yet done what Egan suggested, it has moved forward on all seven targets. He points to the Movement for Innovation’s work, which was mainly to encourage model projects that demonstrated Egan’s ideas. Constructing Excellence says 525 demonstration projects have been completed, collectively worth £13bn. “We have left a legacy showing how things should improve,” says Connaughton Ward agrees. “We have not hit Egan’s targets but the report still had a massive impact. So much has improved since 1998, and 90% of this is down to the Egan report.” He highlights the government’s Egan-inspired Achieving Excellence procurement strategy. “It’s absolutely not true that the government buys based on lowest price. Health, education, highways, prisons all use frameworks now, which involves an extra layer of rigour when selecting suppliers. I also know of tens of local authorities who use frameworks.”

Engineer David Newell, group retail director at WSP, says he welcomes the way teams work in post-Egan construction. “Before, there was a great divide between the architect, client, QS and engineer. At the end of a project meeting the engineer would be asked if he wanted to say anything. Now we are being approached at the same time as the architect and we have just as much of a voice.”

Connaughton sums up what most in the industry seem to think: “Was the whole industry revolutionised by Egan? No. The Egan agenda was hugely ambitious and I think everyone is grown-up enough to realise that it will take more than just 10 years to reach his targets. We haven’t achieved Egan’s targets yet, but the clarion call helped, it has set us on the right path.”

‘The situation is disappointing’: What Egan thinks now

I have little sympathy for the government over this OFT investigation into contractors rigging bids. What do they expect if they persist in procuring based on lowest price? I am very sad the public sector is still using this short-cut approach.

We always said it would be difficult for the construction industry if the government didn’t play ball. In 1998 we said the government was a relatively poor client. This is still the case.

The public sector is still producing huge problems for the industry. It is still procuring on lowest price and as long as this is the case, proper tendering can’t happen. Connected to this is the fact that the government is also still some way off partnership arrangements. The government has not really understood how to move forward. The situation is disappointing.

Private clients are well ahead of the public sector, though, and they are getting rewards for this. The leaders of the industry in the private sector do seem to be making real progress and this should filter down to everyone else. They are proving that if you follow the principles set out in the report, you do succeed.

Here at Severn Trent Water we are following the principles and our capital expenditure programme is under control: we have decreased our costs by 6% over five years. We also have no claims between us and our supply chain, whereas 10 years ago there would have been.

I am delighted with the industry’s performance on productivity. When we did the report very few companies were even measuring productivity. It’s great to see that this has improved so much.

But the evidence from Constructing Excellence’s KPI Zone (see box right) shows that overall, client satisfaction is not high enough. Safety has improved but it’s still at an appallingly low level and I would like to see much better safety standards set.

The time frame we set for the targets to be achieved was not too low – the industry was starting from such a low point anyway.

I am disappointed that the levels of improvement we asked for have not been achieved but pleased we are at least making progress. Right from the start I said most government reports end up in the waste bin so the fact Rethinking Construction had any impact at all is an achievement.”