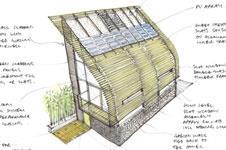 Meeting energy demands is the biggest hurdle to achieving the Code for Sustainable Homes standards, a Building.co.uk poll revealed today.

The poll of over 200 professionals, carried out as part of an online seminar held on the code this lunchtime, found that nearly found this the biggest worry to meeting the code. This was followed by 26% who claimed hat a lack of practical working examples was concerning them and 16% who said delivering an efficient building envelope was a worry.

The poll also asked how confident readers were in achieving the code. Only 3% were extremely confident while nearly two thirds were either fairly confident or unsure.

One of the expert speakers at the seminar, which was listened on the live broadcast today by 436 readers, expressed confidence that achieving zero carbon status was realistic.

Arup associate Katherine Holden said her firm was actively involved in zero carbon schemes. She said that this was realistic using biomass CHP systems on large mixed-use schemes. “With larger projects it is much more achievable,” she said.

Experts in the seminar ran through the technical challenges to achieving different code levels, such as the use of different materials, air tightness and thermal mass.

They then answered a few of the 162 questions submitted by listeners to the seminar, which range from queries about renewable technologies to practical questions on particular materials that would score well for the code.

Answers to other questions submitted will appear in Building magazine and on our new sustainability channel of the website latter this month.

Readers can listen again to this webinar from Thursday 1 November. Click here to register