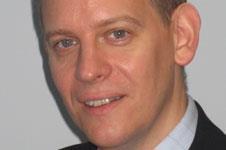 Software glitches need to be ironed out to make EPCs work says David McEwan. He argues that software providers have a key part to play int he successful rollout of the certificates.

Without seeming big headed, in many ways the success of non-domestic EPCs now lays with the software providers and accreditation schemes. Our biggest focus at the moment is getting the software required finalised and the relevant training and examination schemes up and running. There is a huge amount of education needed in order to the get the market up to speed, but at the same time this a massive commercial opportunity for engineers.

Given that for commercial buildings EPCs are already a requirement for new builds in Scotland, and start coming into force in England and Wales from April, there is very little guidance out there on them and how to become an accredited energy assessor.

Commercial EPCs in England and Wales must be lodged by accredited energy assessors, but what many in the industry probably don’t realise yet is that there are two methodologies (SBEM or DSM), and different levels of competence:

Energy assessors must restrict their activities to those within their competence, which can be at one or several levels depending on their accredited experience. They must also be registered with an approved accreditation scheme, like CIBSE’s Low Carbon Energy Assessor register.

In general it is accepted that in certain situations SBEM is not sophisticated enough to provide an accurate assessment of a building’s energy efficiency (i.e. on more complex building) and therefore in reality only those assessors accredited on DSM tools (level 5) will be able to create EPC’s valid for any building regardless of size or complexity.

The many engineers already proficient in the SBEM and Dynamic Simulation Modelling (DSM) methodologies and their use for compliance with Part L2A are in a strong position – they can easily prove their competence and gain accredited energy assessor status, which opens up to them an enormous marketplace (many thousands of commercial EPCs will be required over the course of this year).

Software providers play an important role – we offer approved qualifications through which our users can demonstrate competence in the SBEM and DSM routes, and access to accreditation schemes. We can also help potential energy assessors understand the best route for them. Also, you can’t escape the fact that it is existing software users who are best placed within the industry to fill the gulf which currently exists for accredited energy assessors.

There is a lot the market need to get to grips with, but it is not insurmountable and moves by bodies such as CIBSE to offer top-up training to their low carbon consultants are considerably important. Accreditation of as many energy assessors as possible before October is paramount. In addition, the relevant SBEM and DSM software needs to be finalised and concerns over perceived differences between their outcomes needs to be allayed. However, the importance of EPCs cannot be ignored – it is one of the few policies worldwide to target existing buildings.

As they become more experienced, energy assessors will come to appreciate the power of the different software. Once the energy model is built (a process you have undertake to produce EPCs), the energy assessor can then easily ‘test drive’ different scenarios to see how they affect the rating without much additional outlay. Does this mean we will we see energy assessors being increasingly involved in new-build and refurbishment design meetings and influencing design decisions? A possibility yes, but it’s far too early to really understand what impact EPCs might have on the industry.

England and Wales vs. Scotland

In order to avoid confusion, the subtle but important differences between commercial EPCs in Scotland and England and Wales need to be understood.

Within England and Wales the EPC rating A-G is not based on an absolute scale and does not represent specific CO2 emissions. It is a relative scale and shows how energy efficient a particular building is compared to other buildings of the same type. This is because the calculations are undertaken in relation to a reference building of that type.

While Scotland’s EPCs use an absolute scale and the A-G rating is directly related to the buildings CO2 emissions. Some may argue this is a less sophisticated measure of energy performance as buildings that have a high consumption of energy (e.g. hospitals) will always have a low rating, while buildings that generally consume less energy (e.g. a small office building) will have a higher rating. However, as the calculation method used is the same as for commercial new-builds it makes the introduction and implementation of the system more straightforward.

Ok, so it’s not all plain sailing

You might think I’ve been pretty positive so far, but there is one key area of EPC introduction where I think the Government has got things pretty topsy turvey, and which might cause initial implementation problems.

The commercial buildings requiring EPCs from April 6th (those over 10,000m²) are exactly those requiring calculation by the DSM route, due to their complexity. However, as the finalised NCM required to create the DSM software is only due to be published in March this unfortunately means that there is very little chance of energy assessors being trained and accredited on the DSM method in sufficient numbers by the April 6th deadline!

These is a positive to all of this however – the finalisation of the NCM will at last give the grounding needed to lead to a convergence of the results produced by different software.

EPCs are coming and we need to address their arrival as an industry somehow – software providers and those running accreditation schemes can provide valuable advice as this crucial time...